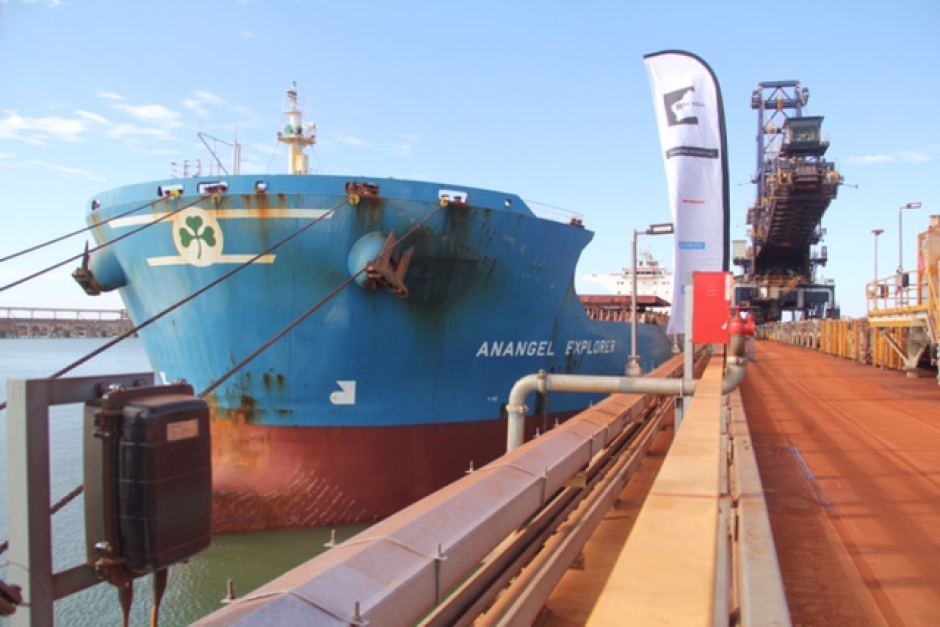 Economists surveyed by Bloomberg had typically expected economic growth to be 0.4 per cent for the December quarter and 2.5 per cent for year.

The lowest forecasts were for 0.2 per cent growth and the highest for 0.6 per cent for the quarter.

NAB's senior economist David de Garis said the strength of the numbers had caught everyone off-guard, probably including the Reserve Bank.

"People were braced for a downside surprise, and obviously we didn't get that," he told Reuters.

"If anything, the 3 percent figure for the year is getting the attention. That's half-a-percentage-point above where the RBA thought we'd be.

"Given Australia is going through the biggest mining pullback in our lifetimes, this is a pretty good outcome. Our baseline is that the RBA is done cutting, and these numbers only support that view."

The biggest drag on the economy came from a continued decline in business investment as the mining construction boom winds down, with capital spending taking 0.2 percentage points off GDP.

In the face of the ongoing decline in mining-related investment, economic growth at 3 per cent is to be commended.

While the mining investment boom is winding down, the production boom is well underway.

With 'real' GDP measuring output, not the prices received for that output, mining was actually the main sector contributing to annual economic growth, along with financial and insurance services (both added 0.4 percentage points in trend terms).

Construction, public administration and safety and health care and social assistance were the other big growth sectors, with a residential building boom and the aging population stoking demand.

However, while trend GDP grew 0.7 per cent in the December quarter, that output growth saw Australia's earnings treading water, with real gross domestic income up a meagre 0.1 per cent.

The picture was even bleaker on the Bureau of Statistics real net national disposable income measure, which it describes as "a broader measure of change in national economic wellbeing" than GDP.

National disposable income fell 0.3 per cent during the quarter on this measure, and was down 1.2 per cent for the year, in contrast to a 2.8 per cent trend rise in GDP.

Per capita, this measure of economic wellbeing has now been flat or falling for 16 consecutive quarters (four years), the longest period it has gone backwards since the ABS started calculating the figure in 1973.

"In the face of the ongoing decline in mining-related investment, economic growth at 3 per cent is to be commended," he wrote in a note on the data.

"But income growth commensurate with the early recession of the 1990s remains a concern.

"It reflects a big decline in commodity prices which puts downward pressure on wages, company profits and government revenue growth, and it is why the economy feels weaker that the headline GDP numbers imply."

The quarterly declines in per capita income are nowhere near as large as those recorded during the 1990s recession or global financial crisis, but have been much more sustained - a slow grind down, rather than a sharp drop.

Financial markets were focused on the positive headline number, though, with the Australian dollar shooting up in response to the figures, from 71.6 to 72.25 US cents by 12:30pm (AEDT).