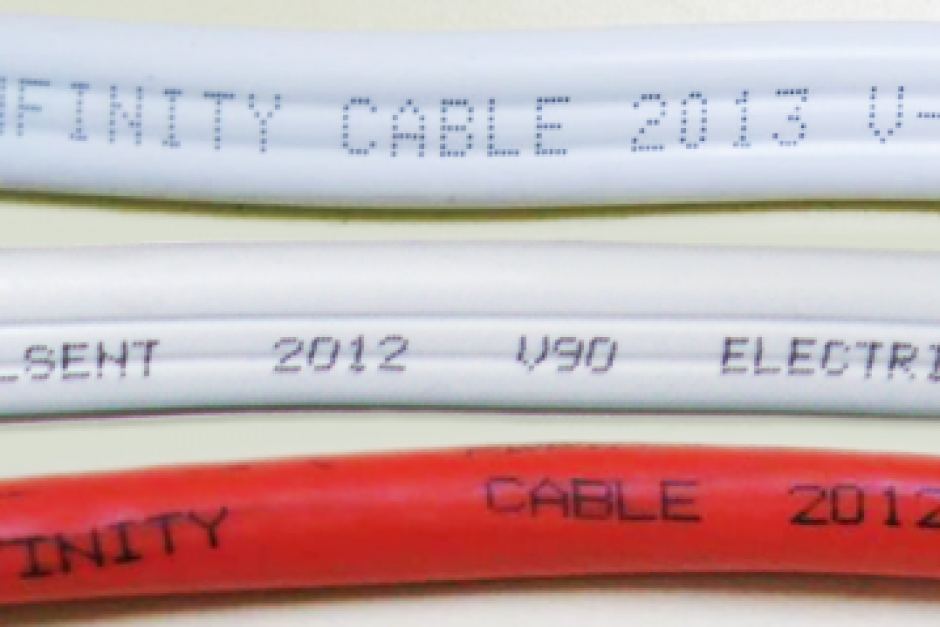 Dangerous electrical cabling installed in homes across Australia could become a fire and electrocution risk within weeks, according to the consumer watchdog.

About 2,300 kilometres of Infinity and Olsent-branded cable remain in hundreds of homes in every state except the Northern Territory.

The cable was recalled after testing revealed its polymer casing was poor quality, causing it to become brittle rapidly in areas of high heat such as around light fittings and ovens.

"The experts tell us that in a worst-case scenario, the cable could become defective as soon as April this year," Ms Rickard told the ABC.

The recall has progressed slowly, with only 39 per cent of the cable originally imported being replaced.

"There's a whole range of reasons we think why people haven't taken action, it seems some suppliers and electricians are more proactive than others in terms of going out and trying to locate it, there's issues with electricians having very poor records about where the cabling was installed," Ms Rickard said.

"I think there may be a sense of complacency from some home owners that they have time on their side so they don't need to contact their installer to check."

Master Electricians Australia (MEA) believes a lot of the cable was sold for home handyman work.

The MEA's Malcolm Richards said while home handyman work with electrical wiring is illegal, people should not ignore the risks of the cabling if they are worried about being prosecuted.

"The nature of where this product was sold and the lengths of the cable that was sold was not normal for an electrical contractor to purchase in that manner, which leads me to believe there has been a lot of home handyman work," Mr Richards told the ABC.

"I've asked the regulators to give an amnesty to these people so they won't be prosecuted for unlicensed work, but at the end of the day their own family's life is more important than any possible retribution from using this cabling in an unlicensed manner."

The MEA said 50 to 100 electrical products are recalled in Australia each year.

"We've got a border protection policy for other items coming into the country, we need to expand that policy to deal with electrical products as well," he said.

Mr Richards said there should be a co-ordinated effort between the ACCC, state regulators and Customs.

"In the normal course of duties our Customs inspects products coming into the country, assesses them for guns, drugs and even tax-compliance issues," he said.

"When they identify a specific product that they've been notified through our state regulators that is of concern or under watch, they can isolate that product and allow the state regulators to view and confirm the product is safe or otherwise.

"Other countries have a very coordinated program between their customs service and safety regulators to stop products at the border.

"Unfortunately in Australia this process doesn't happen which leaves our borders wide open to anything that any overseas country wants to send here."

Woolworths to honour all recall costs

The bulk of the cable was sold through Masters, which is being either sold or shut down by owners Woolworths.

A spokeswoman for Woolworths said the recall would continue even if the business is sold.

"Woolworths has worked collaboratively with the ACCC regarding our part of the industry response to this recall. We have made good progress in refunding, remediating and identifying impacted customers," she said.

"As part of its announcement to exit its home improvement business, Woolworths has said it will honour all Masters product warranties and returns.

"Customers who have had Infinity cabling installed should register their details through our Infinity Cable Consumer Hotline (1300 236 787) for assistance."

A spokeswoman for the Minister for Small Business and Assistant Treasurer Kelly O'Dwyer told the ABC:

"The ACCC is leading the Infinity Cable Taskforce to ensure effectiveness of the recall.

"The Taskforce includes State and Territory electrical regulators and is assisted by an Industry Reference Group.

"The ACCC has had ongoing dialogue with the Master Electricians Association, which is a member of the reference group."