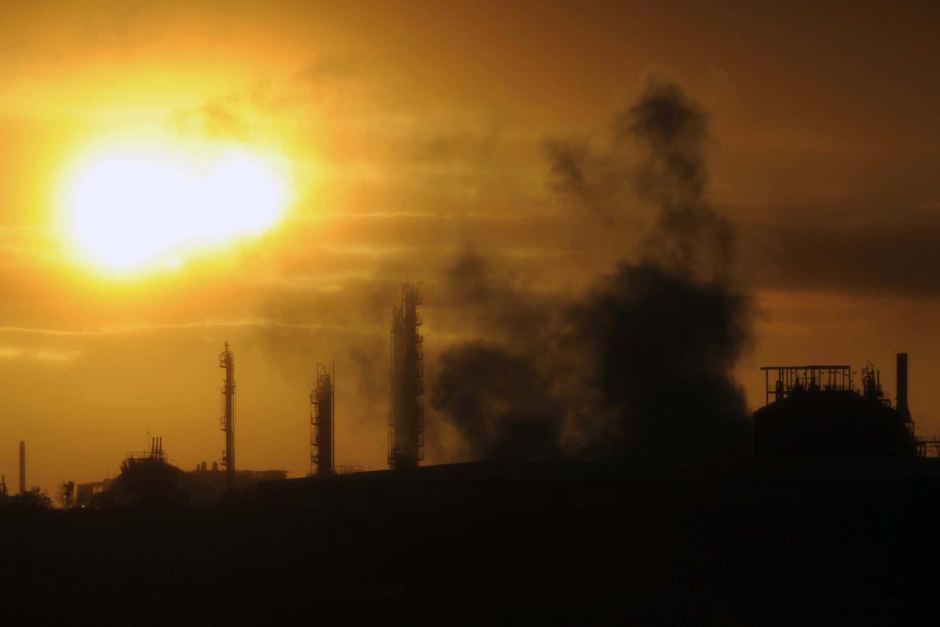 The rate of carbon emissions is higher than at any time in fossil records stretching back 66 million years to the end of the age of the dinosaurs, according to a new study that sounds an alarm about risks to nature from anthropogenic warming.

The study, published in the journal Nature Geoscience, indicated the pace of emissions even eclipses the onset of the biggest known natural surge in fossil records, 56 million years ago, that was perhaps driven by a release of frozen stores of greenhouse gases beneath the seabed.

The Palaeocene-Eocene Thermal Maximum (PETM) event — which drove temperatures up by an estimated 5 degrees Celsius and damaged marine life by making the oceans acidic — is often seen as a parallel to the risks from the current build-up of carbon in the atmosphere from burning fossil fuels.

On present trajectories, greenhouse gas emissions will heat up Earth 3 to 4 degrees Celsius by 2100.

"Of all the changes we have seen in 66 million years, this event is the one that most looks like anthropogenic, or man-made, warming," said study co-author Professor Andy Ridgwell, a paleo-climatologist at the University of Bristol.

Aside from the huge impact that killed the dinosaurs, what we are seeing now is the fastest rate of climate change in 66 million years.

Fifty-six million years ago, those extinctions took place mainly in the ocean. Today the so-called "sixth great extinction" is underway both in the sea and on land.

But until now scientists could not figure out how quickly carbon — whether in the form of CO2 or, more likely, methane from the ocean floor — had been released.

"The biggest problem has been coming up with a firm timing for the PETM onset event," Professor Ridgwell said. "How quickly the emissions occurred is absolutely critical."

Analysis of chemical composition of fossils

To nail down the rate of carbon release, the team of scientists led by Professor Richard Zeebe from the University of Hawaii studied carbon and oxygen isotopes in fossils of tiny marine organisms in the seabed off New Jersey in the United States.

"If the carbon was released rapidly we would find in the sediment core a lag with warming," Professor Zeebe said.

"If carbon is released slowly, the climate adjusts more or less in sync."

There was no lag at all. A quick calculation showed that the carbon could not have been emitted in less then 4,000 years, or about 1 billion tonnes per year, the scientists reported.

By comparison, human activity — industry, energy production, deforestation, agriculture — is pumping out about 10 billion tonnes of carbon annually. That is 10 times as much.

"Aside from the huge impact that killed the dinosaurs, what we are seeing now is the fastest rate of climate change in 66 million years," Professor Ridgwell said.

This is bad news for species loss, he continued.

"Ecosystem impacts tend to show up more with the rate, rather than the size, of the change in temperature," he said. "It's all about the rate."

What is happening on Earth today, he noted, is closer in speed to the end of the Cretaceous — when an asteroid is thought to have wiped out the dinosaurs — than it is to events such as the PETM.