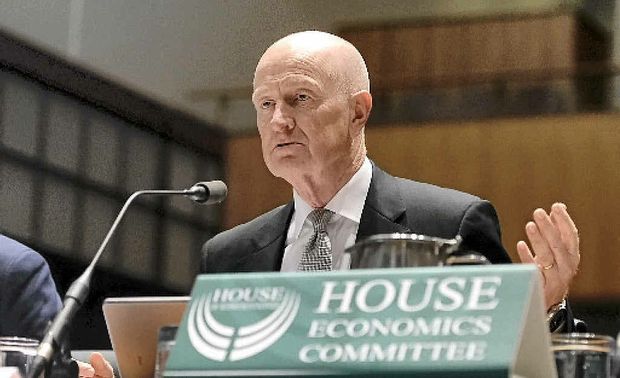 Borrowing costs and the dollar on the way up, analysts say

The Reserve Bank has not changed interest rates for nine months, but the commercial banks it helps regulate are taking a very different approach.

Which is why the banks have raised home loan rates independent of any move by the RBA.

"I don't really see much of a case for independent increases in rates based on funding costs," he said.

The currency is 30 per cent down over three years against the greenback and it's not going back to parity. It's gone up a touch, but it's still a lot lower than it was

Mr Le Mesurier is often critical of banks but this time around, he has some sympathy.

"The cost of funds is increasing because there's a perception that there's greater risk in the world. Cost of funds, credit risk, price of risk are all related to perceptions of risk," he said.

At its half-year profit announcement a few weeks ago, Commonwealth Bank explained how the spot cost of funding, which is the cost of borrowing on any given day, is now higher than its average cost of funding.

That spot cost has climbed steeply in recent months and is expected to continue to climb.

Mr Le Mesurier says the banks now have another cost burden for business loans, with prudential regulator APRA forcing them to hold more capital against business lending as insurance against defaults.

"It has increased a little bit already in the most recent capital updates that the banks have provided, but there's an expectation that during the course of this year that the amount of capital that they need to hold for business loans will increase further," he said.

And like any business that can, banks are going to try to recover their higher costs from their customers.

But if rising borrowing charges weren't enough for a business community trying to negotiate a fragile, post-resources-boom economy, the dollar is stubbornly refusing to fall any further.

In fact far from falling, in recent days it developed a strong upward trajectory.

"We recently had some economic growth numbers come out. They were positive. What does that mean? It means the Reserve Bank is unlikely to reduce interest rates."

Which means big international currency investors are seeking the higher returns on offer in Australia?

As a result, the Australian dollar has jumped from 68 US cents to nearly 74 since January — a rise of 8 per cent.

Bad news for exporters and other trade-exposed industries, but Mr Kunnen says a healthy dose of perspective is needed.

"The currency is 30 per cent down over three years against the greenback and it's not going back to parity. It's gone up a touch, but it's still a lot lower than it was," he said.

And that may be true but many businesses are hoping the dollar's upward momentum quickly runs out of steam.