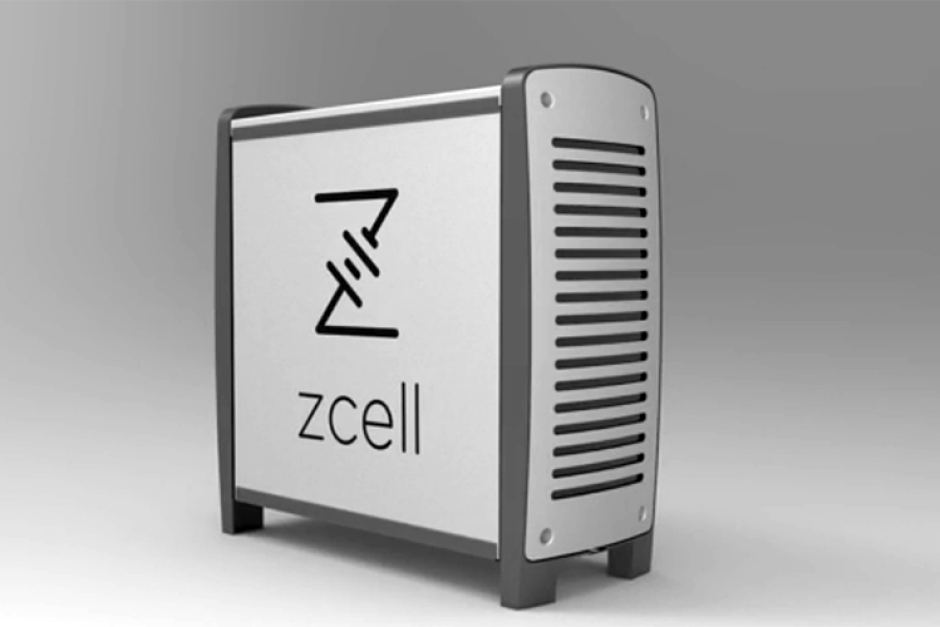 With the number of depleted home solar batteries being thrown away tipped to rise over the coming years, one Australian company is taking on electronic giants such as Tesla and Panasonic with the launch of an easily recyclable power source.

About 8,000 tonnes of lithium-ion batteries are thrown away every year and in the next 20 years that is expected to jump to 150,000 tonnes, partly due to a rise in the use of big home solar batteries, according to the Australian Battery Recycling Initiative.

Brisbane company Redflow says it has developed the ZCell battery that, unlike its competitors, does not use lithium and is more recyclable than its competitors.

"The active parts are plastic, aluminium and steel, the fluid electrolyte can be removed and cleaned and put in the next battery so the whole thing is very recyclable," executive chairman Simon Hackett said.

The battery is designed to store 10kWh of electricity — enough to keep most homes running for a day or two.

"It's a very effective high capacity battery. It's about the size of a bar-fridge on its side and it goes outside an external wall of your house."

With the end of generous government rebates for power being fed back into grid, the demand for home batteries has soared.

Some 1.5 million homes have solar panels installed and, because of that, international heavyweights like LG and Enphase have launched various battery models in Australia this year.

In NSW, generous premiums paid to homeowners for exporting their solar electricity to the grid are set to expire at the end of the year.

More than 146,000 households are about to see their feed-in tariff drop from as high as 60c/kWh to just under 5c/kWh.

But with a growing battery uptake, is there a future problem in the making?

Helen Lewis, Australian Battery Recycling Initiative chief executive, said most batteries being sold have a life span of 10 years and is calling for the Government to accelerate negotiations with the industry for a battery recycling scheme.

"We don't have any regulations that require recycling of batteries at the moment. We'd like to see that come into force sometime over the next few years."

What is the Tesla Powerwall?

The Powerwall, a lithium-ion battery system designed to store electricity generated from rooftop solar panels, is widely considered to be a game-changer for the electricity industry.

"We certainly don't want to see batteries sitting on the kerb like we saw for TVs and computers a few years ago," she said.

However another enterprising company in Victoria has seen a market opportunity.

The machine crunches down mobile phone and laptop batteries to their component parts and sells them to be remade into batteries.

"That lithium-ion dust can go back into manufacturing new energy systems and that's why we're quite excited about the process because we're creating something that can go back into all-new products," the firm said.

The chemistry of many large household batteries is similar to smaller batteries.

So managing director Andrew Mackenzie is aiming to scale his facility up to handle the larger batteries.

Redflow announced its new battery to the ASX this morning.