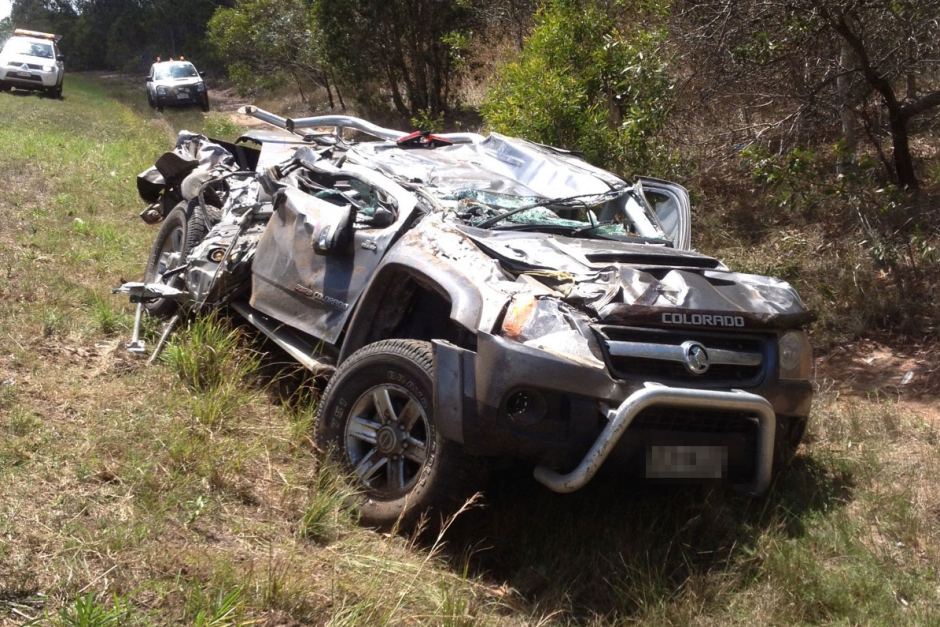 A Hervey Bay contractor who helped rescue a family trapped in a crushed car is among 20 Queenslanders honoured in this year's Australian Bravery Awards.

John McCarthy was one of nine Queenslanders who received a Commendation for Brave Conduct.

He was working with a road repair team near Torbanlea, west of Hervey Bay in southern Queensland, in October 2013 when they heard a crash.

A nine-tonne motor home had flipped and landed on top of the dual cab ute on the Bruce Highway, trapping a man and his three young granddaughters inside.

I don't see myself as any type of hero, doing anything outstanding — just did what any Australian would do.

Mr McCarthy, who was also a rural fire brigade volunteer, took control of the scene to help rescue the injured family.

All four made a full recovery and Mr McCarthy had now become firm friends with the family.

"They are eternally grateful — the parents — and have told me I am family," he said.

"I don't see myself as any type of hero, doing anything outstanding — just did what any Australian would do."

Photo: Mr McCarthy had been working with a road repair team when the crash happened. (Supplied: John McCarthy)

Two of the survivors of that crash were also honoured with a commendation — 84-year-old grandfather Stephen Richards and 10-year-old Jade-Elle Brown.

Mother Justine Brown said she was extremely proud of both of them, as they also risked their lives to save her twin girls, Molly and Ruby.

"Grandad had helped get Jade-Elle out, but then she made the decision to go back in and save her little sister [Molly]," she said.

"She was just eight at the time but sensed the urgency - incredibly brave."

In the early hours of October 1, 2001, at Burpengary, north of Brisbane, a man had been threatening to "shoot the enemy".

I was totally taken aback when I got the letter. We do not go to work every day looking for accolades for what we do.

It was a tense stand-off, but finally the gunman unloaded his weapon, gave it to Sergeant van Egmond, and surrendered.

The officer, who is currently working in the Torres Strait, said he was humbled by the award.

"I was totally taken aback when I got the letter," he said.

"We do not go to work every day looking for accolades for what we do."

'Source of courage, support and inspiration'

"They are a source of courage, support and inspiration," he said.

Fifty-nine bravery honours have been awarded across Australia.