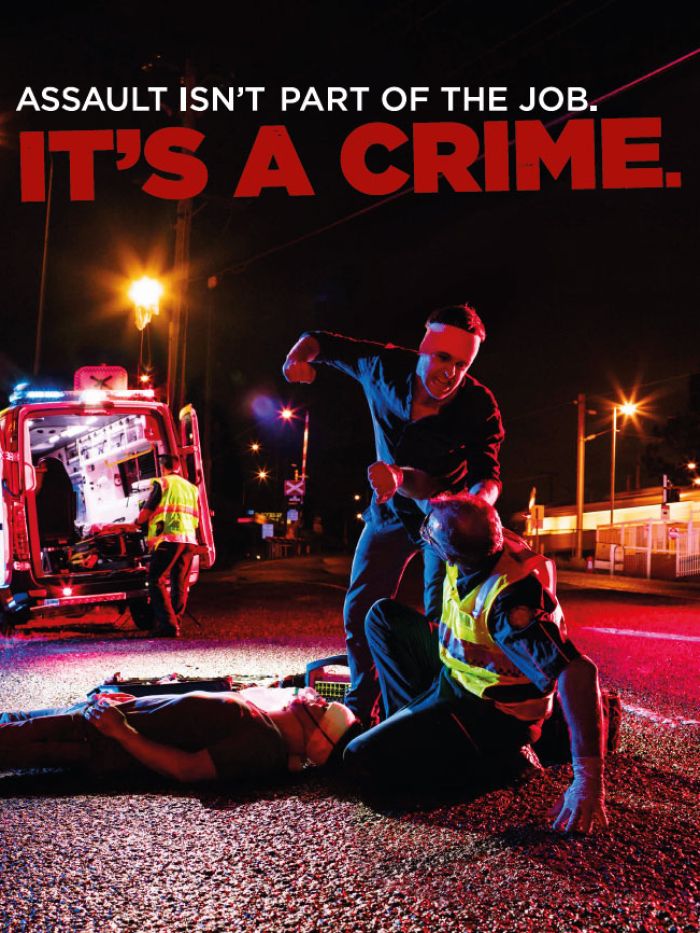 A $1.35 million advertising campaign has been launched in Queensland to stop attacks on paramedics and frontline health workers.

The campaign will begin this weekend and include a mix of advertising on social and digital media, television, on billboards and at bus stops.

"The ads are full-on but in reality it can get a lot worse," Mr Dick said.

"Sadly, being punched, bitten, slapped, kicked, and even spat on, is a reality for healthcare workers."

Julz Raven, who has been a paramedic for 15 years, has been seriously assaulted several times and said the problem was out of control.

"The way I felt after my assault is that this uniform kind of allowed someone to use me as a punching bag, repetitively," she said.

"When this happens, you really re-evaluate what you could have done."

Earlier this year, Ms Raven was attacked at the Regatta Hotel in Brisbane when she was helping a woman who had passed out in the toilets.

"It was punches to the face — so black eyes, and scratching, lots of scratches over my arms," she said. "It's a frightening thing."

Although the maximum jail time for assaulting health workers was doubled to 14 years in 2014, attacks have still increased.

From June 2014 to June 2015 there was a 36 per cent rise in the number of health staff being kicked, hit and injured, data released by the Opposition LNP showed.

Opposition health spokesman Mark McArdle said he wanted the Government to go further and to trial body cameras for paramedics.

"[They] deserve to have the Government exploring every avenue to ensure a safe work environment," he said.