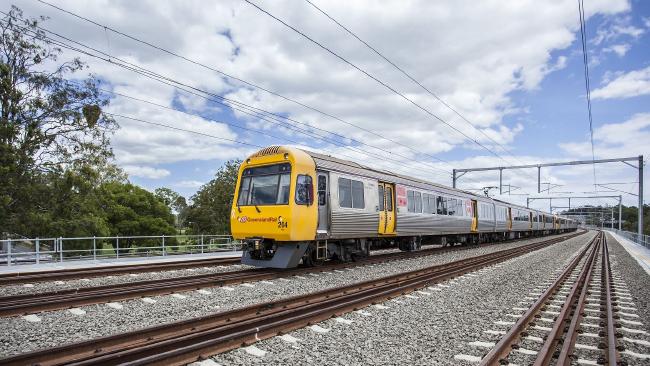 Minister for Transport, Stirling Hinchliffe, said the $168 million project was funded as part of the Lawnton to Petrie project.

"More than 650 train services will travel to and from Moreton Bay each week when the new rail line opens by mid-year," Hinchliffe said.

"To cater for these services, the Palaszczuk government has invested an extra $168 million to deliver 1.5 kilometres of additional track between Lawnton and Petrie where trains on this new line will join the existing rail network, supporting hundreds of construction jobs.”

The project has effectively doubled the number of tracks across the river from two to four over the period of 12 months.

State Member for Pine Rivers, Nikki Boyd, said the wider bridge was being used by Caboolture and Sunshine Coast trains.

"This bridge, as well as ongoing works to deliver additional tracks between Lawnton and Petrie, will deliver improved reliability, flexibility and efficiency for passengers in our local area," Boyd said.

"The new bridge took about 12 months to complete and was built parallel to the existing bridge."

The government are working with Moreton Bay Regional Council to preserve some of the old bridge structure.

The original North Pine River rail bridge was built in 1936.