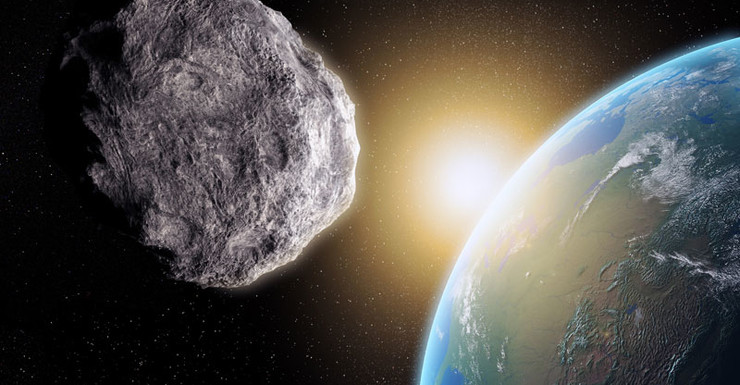 The huge space rock could pass by about 30,000km away – about 13 times closer than the moon.

A space rock about the weight of Sydney Harbour Bridge could have a “close fly-by” when it sails past Earth next month.

If it were to collide with Earth, the mass of carbon called 2013 TX68, could make quite a dent – it is three times the mass of an asteroid that exploded above Russia in 2013, injuring 1200 people.

“This asteroid would be about twice as energetic, so it is quite a big explosion that would be possible,” Swinburne University PhD student Rebecca Allen told The New Daily, adding that the chances of it occurring were small.

Scientists at NASA – and avid space buffs – will be closely watching the asteroid as it passes by Earth about 11am on March 8.

“The error in the trajectory is because they weren’t able to track this asteroid for very long,” Ms Allen said.

“When it was discovered they were able to track it for about three days and then it was no longer visible, so that gives us a good idea of how it is going to behave but there is certainly a very large error in its orbit coming around Earth.”

This time there is a “zero chance” of the rock colliding with our planet, but a second fly-by in late September 2017 is predicting a “non-zero chance” of impact – however the odds are still quite long at one in 300 million.

Ms Allen said with the space rock’s orbit inside that of the moon, it was considered close.

“It is definitely what we call a close fly-by but they are not worried about it creating an impact,” she said.

It is likely the asteroid will be visible from Earth, but not with the naked eye.

“I am not sure exactly how long it will be visible for, that depends how far away it is,” Ms Allen said.

“Stay tuned especially to NASA’s website … if it is coming closer it will be brighter in the sky, it is 30m across so there is a chance people will be able to track it, usually for a couple of days, couple of nights, with a telescope.”