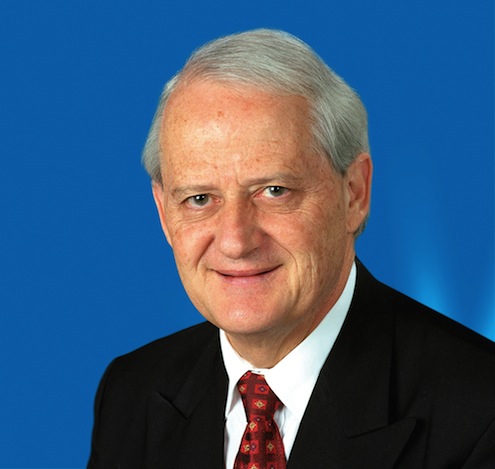 Former minister Philip Ruddock will retire at the next federal election after 43 years in parliament to take on a new human rights role.

Mr Ruddock, 72, is the current longest-serving member of the House of Representatives and the second-longest serving federal MP in history, after 51-year veteran Billy Hughes.

The MP for the Sydney seat of Berowra has been appointed Australia's first special envoy for human rights.

Mr Ruddock told Sky News his decision had nothing to do with speculation he would not win the pre-selection nomination for this year's election and he didn't believe his preselection would have been at risk anyway.

Mr Ruddock's says human rights has long been a passion and he feels the time has come to move on.

'Nobody has a right to remain in the Parliament you should only be there if you really believe you can make a difference', he said.

He has also been involved in parliament's Amnesty group since it began 40 years ago.

'I believe the role of special envoy for human rights complements my long-term engagement in these areas,' he said.

He will also represent Australia at international human rights events.

Mr Ruddock was immigration minister from 1996 to 2003, holding the portfolio during the infamous children overboard scandal and the establishment of the so-called Pacific Solution.

'If you are putting in place the right policies for Australia and building our future through an immigration system which I believe is the best in the world it has to have integrity,' Mr Ruddock told Sky News.

As attorney-general he was criticised over the handling of terrorism charges against Gold Coast doctor Mohamed Haneef.