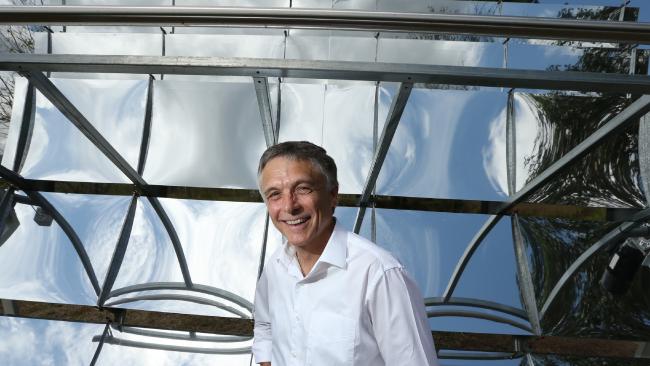 Technology that converts solar power into heat and steam with potential to be used across the globe has been named the winner of the ­inaugural Moreton Bay ­Innovation Awards.

Impacts Solar, based at Highvale, took out the Innovation of the Year, winning a $10,000 prize and an appearance on the popular business podcast The Mark Bouris Show.

The technology, described by founder and chief executive Trevor Powell as “ridiculously simple”, is a solar thermal collector which turns solar energy into heat, which can then be used for a huge range of applications in everything from the ­mining industry to food ­processing to electricity ­generation.

“The technology is 40 years old. We’ve just refined and engineered a better way to do it,” he said.

Mr Powell estimates it could reduce the cost of ­similar technologies by 40 per cent and could help tackle climate change.

“There are a number of ways to act to create global change. There is no silver bullet,” he said.

“There is a great passion here that’s come from ­investing tens of thousands of hours.

“There is a mission here to really do something.”

“These awards have ­demonstrated that there is outstanding innovation occurring across our region every day and I have no doubt that some of the innovations entered into these awards will change the world and put our region on the map in their respective industries,” Cr Sutherland said.

Federal Assistant Minister for Innovation and ­Longman federal Liberal MP Wyatt Roy said the Moreton Bay entrepreneurs at the awards would help put Australia on the map as a hub of innovation.