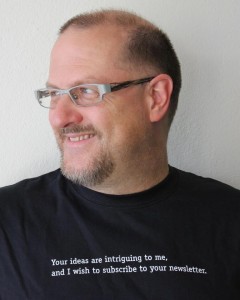 Redflow to offer ‘plug and play’ home battery storage, after cutting costs by 50%

ASX-listed battery technology developer Reflow looks set to expand into the small-scale energy storage market within months, after announcing it would deliver a plug and play version of its unique zinc bromide flow battery for households and small businesses by early 2016.

The Brisbane-based company, which is now chaired by Australian tech guru Simon Hackett, said on Wednesday that the batteries would be developed with a companion Battery Management System (BMS) that would simplify their installation and management, essentially making it a “plug and play” device, not unlike the Tesla Powerwall.

Development of the BMS would be guided by Hackett – the founder of Internode and a director of NBNco (he also owns a Tesla Model S) – with the first version of the device expected to hit the market early in the first quarter of 2016. (It will use inverter/charger products from European manufacturer, Victron Energy.)

And the battery units could be quite cost-competitive, too. Redflow’s ASX release also advised that the company had managed to cut the nominal levelised cost of energy (LCOE) of its zinc bromide batteries by more than 50 per cent – to around $US0.20c/kWh – as a result of outsourcing its manufacturing to Flextronics, and improved performance and reduced prices of the batteries’ core components.

Redflow, which has previously focused on commercial large-scale storage systems, said the new product offerings would expand the business into the right market at just the right time.

“The residential and SME markets are currently hot sectors for power storage which Redflow is well equipped to supply,” said Hackett, who has one of the company’s larger-scale systems installed at his renovated office complex in Adelaide.

“Redflow has received substantial direct interest from potential customers asking us to enter these market segments with our products. Our decision to build a ‘plug and play’ BMS unit will enable the simple integration of our batteries into multiple energy storage systems, allowing us to supply this much broader market.”

Its ZBM batteries are distinguished by their ability to be 100 per cent charged and discharged each day – a function that would damage most other battery technologies. ZBMs also have the benefit of being able to be placed on indefinite standby while fully charged, or to be fully discharged for extended periods, at no cost to battery performance or life.