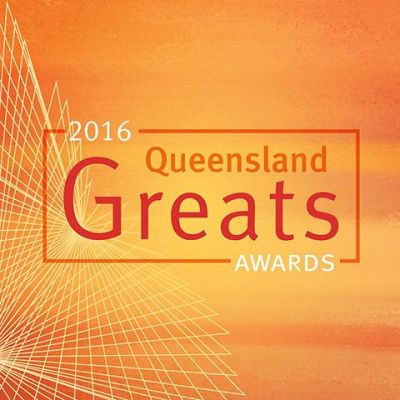 Nominations are being sought to recognise our State’s top achievers as part of the annual Queensland Greats Awards.

Premier Annastacia Palaszczuk said the awards recognised those who had shown a lifetime of dedication to the development of our state.

“Since 2001, the Queensland Greats Awards has honoured 76 individuals and 10 institutions whose long-term or lifetime achievements have played a significant role in shaping Queensland,” Ms Palaszczuk said.

"I encourage Queenslanders to nominate a friend, colleague, family member, community leader or institution to acknowledge their remarkable contributions and commitment to Queensland.”

In 2015 the posthumous category was added to the awards to honour deceased individuals who made an exceptional impact on the state during their lifetime. The late Steve Irwin was the inaugural recipient recognised for his commitment to wildlife conservation.

“Steve was a highly respected conservationist and business entrepreneur who founded one of Queensland’s most iconic tourist destinations,” Ms Palaszczuk said.

“It is incredibly fitting for Steve to have received the first award in this category.”

“The acclaimed list of Queensland Greats demonstrates the depth of talent in Queensland. I look forward to recognising seven more Queenslanders in 2016, worthy of this attention, “Ms Palaszczuk said.

The 2016 Queensland Greats will be announced during Queensland Week celebrations, 4- 12 June 2016.

Nomination forms are available online at www.qld.gov.au/queenslandweek or by calling 07 3003 9200.