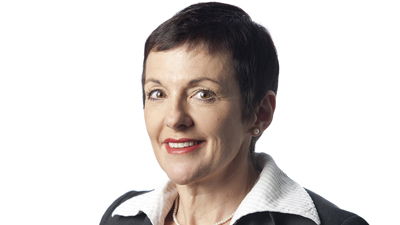 A business lobbyist and advocate for cutting penalty rates has been appointed Australia's first small business and family enterprise ombudsman.

Small Business Minister Kelly O'Dwyer has chosen Kate Carnell, who until recently led the Australian Chamber of Commerce and Industry [ACCI] and who is also a former ACT chief minister, to fill the newly created position for a five year period.

Ms Carnell will lead a small team and the independent office has been allocated a budget of about $6 million to offer a range of services to small and medium sized enterprises with employees of less than 100 people.

"First of all, it is to act as an advocate for small and medium business and to be a conduit to government for them and a single point of entry," she said.

"It's also to focus on alternate dispute mechanisms, so small businesses don't get caught up in lengthy and expensive court cases."

"I will be working with organisations like the ACCI, to ensure they have a voice in government. So in some ways it's similar to what I've been doing, as an advocate for small to medium business, but inside the tent."

Ms O'Dwyer said Ms Carnell would bring extensive experience and knowledge to the role of Ombudsman, given her background in business, and was "well-positioned to translate the voices of small Australian businesses and family enterprises into targeted policy messages for government".

The appointment was "a major win for small business owners who will have access to advice and support, and an independent advocate to ensure the government creates the right conditions for small businesses to grow".

Ms Carnell's appointment comes as the government considers its response to the Productivity Commission's report on Australia's work laws and what, if any, industrial relations changes it will take to the next election.

The Commission recommended in its report that the independent Fair Work Commission consider cutting some Sunday penalty rates to the same level as Saturday rates, a position backed by Ms Carnell in the ACCI's submission.

She leaves the ACCI, one of the largest business lobby groups in the country, after a little less than two years with the organisation and will begin in her new role on March 11.