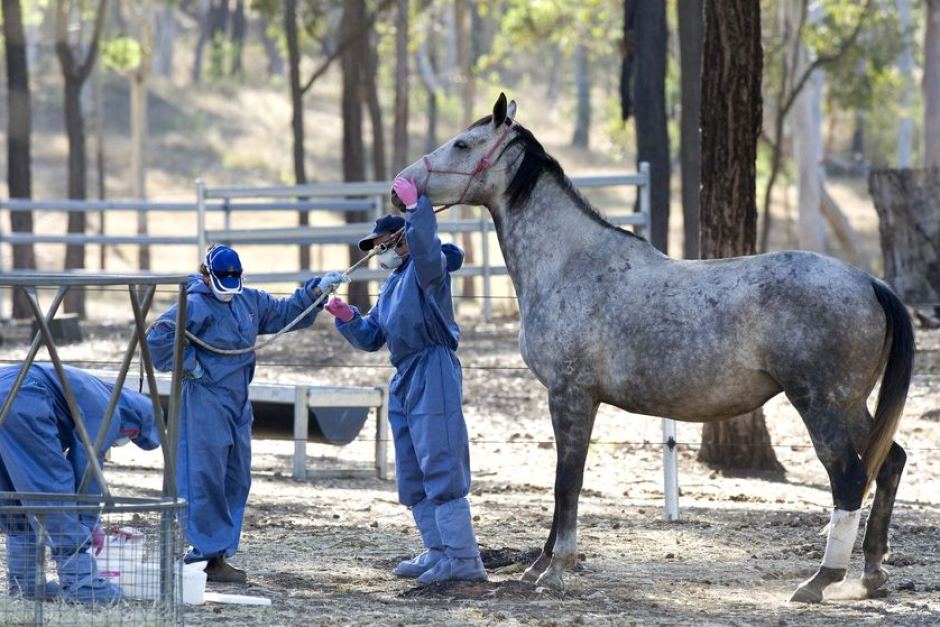 An inquiry has been launched by the Queensland Government into the Hendra vaccine, including adverse reactions in horses and the consequence of vets not treating unvaccinated horses.

Horse owners have raised concerns there had been major side effects from the vaccine, including death, although the drug manufacturer disputes the claims.

Leader of the House Stirling Hinchliffe said a parliamentary committee would look at the impacts on the industry and economy from vets applying a policy not to treat unvaccinated horses.

"[The committee should consider] whether the guidelines and procedures required for veterinarians attending horses that are not vaccinated against Hendra are proportionate to the consequences," he told Parliament.

The Agriculture and Environment Committee will take public submissions and report back by August 22.

"The Palaszczuk Labor Government is dragging horse vets through the courts over alleged failures to follow Hendra protocols, but is now directing a committee to investigate – further proof this Government is frozen at the wheel," Ms Frecklington said.

She called for prosecutions to be put on hold pending a roundtable of all stakeholders led by ministers.

First discovered in 1994 at a racing stable in the Brisbane suburb of Hendra, the Hendra virus has caused the death of more than 70 horses across Queensland and New South Wales.

It also claimed the lives of four out of the seven humans infected between 1994 and 2014.

The Hendra vaccine was co-developed by US drug manufacturer Zoetis, also known as Pfizer, and the CSIRO after more than a decade of research.

It has been on the market since 2012, but was only formally registered by the federal regulator, the Australian Pesticides and Veterinary Medicines Authority (APVMA), in August last year.