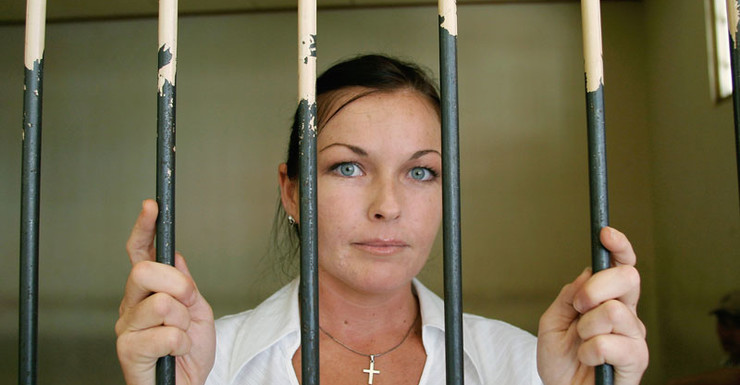 Going Overseas be warned : The countries locking up Australians most often

It is two years since Schapelle Corby was freed from Bali’s infamous Kerobokan Prison. While many Aussie find themselves in Bali, it’s not the only dangerous destination.

Australian travellers have continued to flock to Bali in record numbers despite the highly-publicised and controversial executions of two Australians last year and the melodrama surrounding Schapelle Corby.

Travel data from Hotels.com ranked the Indonesian island as the top destination for Aussie tourists in 2015.

Its popularity did not fall despite the high-profile criminal cases, including the execution of two members of the Bali Nine, Andrew Chan and Myuran Sukumaran, in April last year, and convicted drug-smuggler Corby’s nine-year struggle for freedom, which culminated in her release on February 10, 2014.

In the latter years of Corby’s sentence, deteriorating mental health saw lawyers argue for clemency. Wednesday marks two years since her release on the condition she remained in Indonesia until July 2017.

As of February this year, 14 Australians, including seven members of the Bali Nine, remained in Indonesian prisons.

The Department of Foreign Affairs and Trade (DFAT) dealt with 371 cases of Australians in prisons across the world in 2014-15. Topping the list was China, followed by the United States and Vietnam.

Despite clear warnings of illegal drug use overseas, more and more Australians were caught for illicit substance offences, making up 41 per cent of prisoner offences in 2014-15, compared to 39 per cent the year before.

Foreign Prisoner Support Service human rights lawyer Stephen Kenny, who previously represented David Hicks, told The New Daily there seemed to be a common misconception among Australians that “the odds of a fair trial are pretty good” abroad.

“The truth is they are not,” he said.

“Our justice system is pretty much a Rolls-Royce system and many countries simply cant afford that, so the procedural fairness that may be available to Australians in Australia simply doesn’t exist in other countries.”

The cases of Chan, Sukumaran and Corby seemingly managed to capture exclusive attention of local media outlets, but Indonesia was actually ranked quite low in the number of Australians detained.

As of this month, DFAT was offering assistance to 547 citizens arrested, sentenced, imprisoned and granted bail across the world. Nearly 40 of them were in China, while 29 were in Vietnam, 28 in the United States, 19 in Thailand, 17 in New Zealand and 14 in Indonesia.

See DFAT figures for the top three locations of imprisonment in 2014-15 below:

The number of Australians imprisoned in China significantly declined between the end of the 2014-15 financial year and February this year.

Figures from 2014-15 indicated 56 nationals were serving time in prison – nearly half of them (46 per cent) for fraud offences. By February 2016, that number had dropped to 38, either in prison or on parole.

Fighting charges in China was “a very different experience” to Australia.

“There is a greater emphasis in that system of people having to prove their innocence,” Mr Kenny said, adding that the language barrier could also be a problem.

“The capacity for representation is much more limited and the appeal process, some have claimed to be subject to political interference, whether that is true or not, I can’t say.”

The United States, a country with plenty of cultural similarities to Australia, had the second-highest number of detained Aussies in 2014-15.

There were 49 people in prison, which had dropped to less than 30 by February this year.

Mr Kenny said the United States tended to be “keen on locking people up”, but that there was also a high volume of travellers heading there – in the first six months of 2015 alone, nearly 658,000 Australians travelled to the United States.

If prosecuted in the United States, legal representation could be a little easier than in other countries.

“If you are in the United States, you might get a court-appointed lawyer,” he said.

“A lot of other cases there is simply no court-appointed lawyer and then you are entirely reliant upon your own financial circumstances.

“The Australian government does not come to your rescue, and does not provide legal representation, nor does it pay for it.”

Vietnam, similarly to Indonesia, continues to implement the death penalty as a consequence to drug offences.

Possession of even a small amount of some illicit substances could see it imposed.