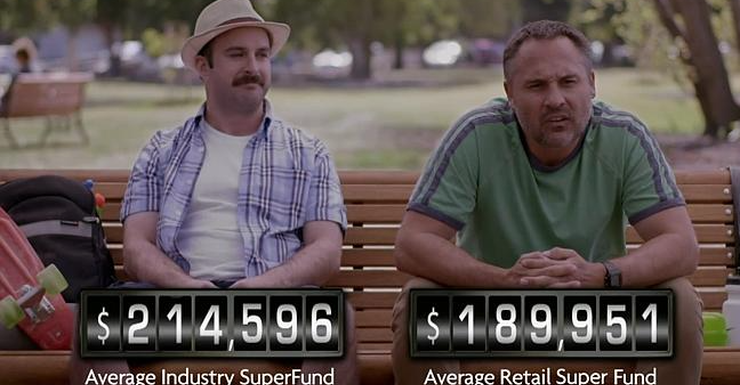 Government plans to exempt banks and retail super funds from disclosing their fees and returns have drawn fire from industry super funds.

A federal government proposal to exempt bank-owned and retail superannuation funds from having to disclose the fees and returns on all their super products will make it extremely difficult for individuals to compare all funds and make informed investment choices.

Currently all super funds are required to provide a product dashboard of key information to allow members to easily compare product features with those of other funds.

But under the government plan, nearly two-thirds of the bank-owned and retail super funds would be exempted from the current disclosure requirements.

Banks claim many of their super products are highly complex and therefore cannot be readily compared with other funds, especially industry super funds.

Assistant Treasurer Kelly O’Dwyer has stated the government has no intention of exempting retail funds from providing consumers with product disclosure information, but conceded that funds will only need to provide a product dashboard on their top 10 superannuation options.

“All funds, including retail, industry and corporate, would be required to provide product dashboards for their top 10 options under the proposed legislation,” she said.

Ms O’Dwyer said the only full exemption would apply to investment platforms, which invest in a range of separate funds and are therefore not a singular product in themselves.

“Platforms, which provide a service to funds, will not themselves need to provide product dashboards,” Ms O’Dwyer said.

But Industry Super Australia, which represents not-for-profit funds, has hit out at the proposal to exempt a large number of super funds from the current product dashboard requirement, together with other plans to remove existing choice of super fund legislation introduced by the former Howard government.

“A carve out of an estimated 72 per cent of the bank-owned and retail super sector from requirements to disclose their investment returns, fees and costs on proposed ‘product dashboards’ for super funds could make it nearly impossible for Australians to readily make informed choices about their superannuation,” said David Whiteley, chief executive of ISA.

According to independent analysis by Rainmaker, as at December 2014, 72 per cent of the $572 billion of retail superannuation assets were held via bank and retail super fund platforms.

“Australians need to be able to compare the net performance of super funds to be able to make informed choices,” Mr Whiteley said.

“It is unsurprising that the banks oppose having to disclose the performance of their super funds in an easily comparable and transparent manner.”

The government’s proposal was also condemned by Victorian federal senate candidate Naomi Halpern, a long-time financial rights campaigner who has been a victim of poor financial advice. She was recently preselected by Senator Nick Xenophon for his new political party, The Nick Xenophon Team.

“Who is this actually going to serve? It doesn’t look like it’s going to be serving consumers in any way,” Ms Halpern told The New Daily.

“It can only serve the banks and retail super funds, and I would really be questioning why the government would be putting forward a proposal like that when it doesn’t serve consumers in any way.

Mr Whiteley said the federal government was also seeking to remove existing limited exemptions to choice of fund legislation at the request of employers. It is estimated the exemptions currently cover less than seven out of 100 Australian employees.

He said a cost benefit analysis should be undertaken of the plan to remove Howard government choice of fund rules.

“Industry super funds support a strong default fund safety net, the ability of members to choose their own fund, and access to information to make informed decisions,” Mr Whiteley said.

“We are concerned that these proposals have not been through a rigorous evaluation. In their current form the proposals are internally inconsistent, seeking to extend choice of fund without providing consumers with the necessary information to make informed decisions.

“Despite very few Australians actively choosing a fund other than the default one their employer has in place, everyone needs to be able to compare the performance of funds to be able to make an informed decision. It is not good enough that the banks want to hide their chronic under-performance from consumers.”