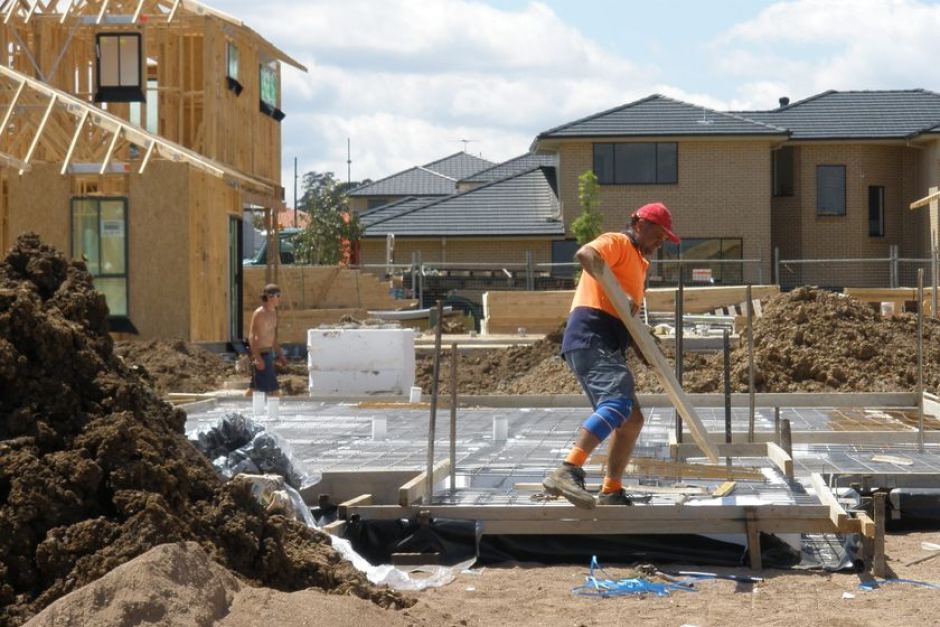 Building approvals have surged, with plans for apartment construction rebounding from a steep slide and house approvals showing continued strength.

The Bureau of Statistics figures showed a 9.2 per cent bounce in approvals for new dwellings during December.

The volatile apartment sector was up 12.8 per cent, erasing part of November's steep decline, while approvals for new detached houses rose 5.4 per cent.

Overall, the ABS reported that 18,868 new homes were given the go-ahead for construction in December - 9,868 houses and 8,839 apartments.

The annualised rate of 226,000 new dwelling approvals, even considering November's dip, sees Australia comfortably on track to build more than 200,000 new homes a year, eroding a housing shortage that many economists argue exists.

CommSec economist Savanth Sebastian said, even though it looks like building approvals have now peaked, there is lots of work in the pipeline for builders given the long lag between approval and construction.

"Over 2015 a record 232,078 new homes were approved – the strongest calendar year result in monthly records going back 36 years," he observed.

"There is no doubt that the boom in home building will continue to support economic activity over the next 12-18 months."