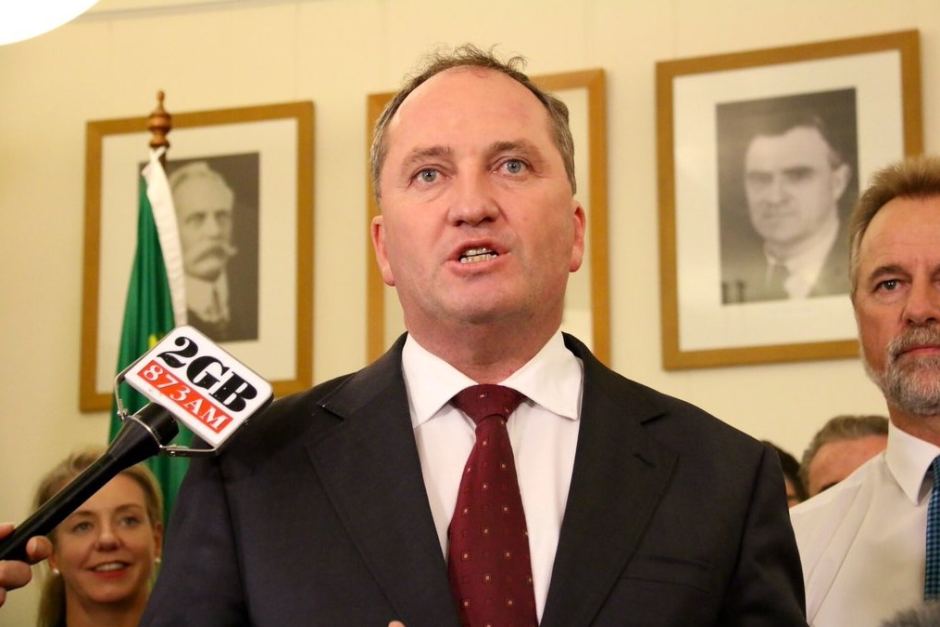 Deputy Prime Minister Barnaby Joyce has downplayed the possibility of changes to superannuation which would reportedly allow some workers to opt out of compulsory payments.

According to News Corp reports, a pre-budget submission from an unnamed industry group has suggested allowing low-income earners to receive a cash payment instead.

It could reportedly provide some workers with a pay rise of up to $63 a week.

Mr Joyce said while the age pension would still be the "greatest form of sustenance" for some when they retired, the Government wanted workers to save for their retirement if they had the means to do so.

"We obviously want those who can save to save, and not rely on the pension, because ... we've got to reduce our expenditure and one of those expenditures, one of the biggest ones when you get your [tax] receipt is welfare payments," Mr Joyce told Sky News.

"Therefore, anything we can do to help people be self sufficient, we should drive that."

He refused to say whether the idea was being considered by the Federal Government, but made a suggestion of his own to change the superannuation system.

"If people invest that money in a younger age in a substantial capital asset, such as the house they live in, I think that would fit them out well later on in life."

The Federal Opposition urged the Government not to allow low-income earners to opt out of compulsory superannuation.

"I think it's more panicked stupidity from the Government, if they are proposing this, this is just not a good idea," he said.

"Lower-income people need every cent they can get in retirement, and they need access to superannuation when they retire."

Figures in the superannuation industry have cautioned against the measure.

Association of Superannuation Funds of Australia chief executive Pauline Vamos said while it could be a "tempting idea" as part of a short-term budget fix, it could leave low-income earners worse off in the long term.

"We need to think about what we need to give up today for tomorrow, and this is what people are not understanding," she said.

"We have a system who's strength is based on [superannuation] being universal.

"We do not have the looming problem that many countries have overseas of people not having enough money in their retirement, and the cost of delivering pensions breaking the Government purse."