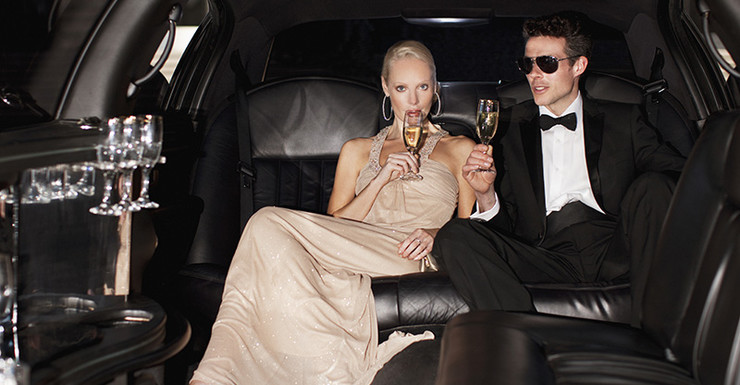 Why you aren’t as wealthy as you think you are

Australia’s mining boom is deflating with jobs vaporising and share prices on the skids. The big economic question is how will the housing bubble be pricked and what sort of damage it will wreak when it goes.

Just south of a train station I travel past is a sign painted on the side of what was presumably once a factory. The fading paint reads: “Buy your kids a job – buy Australian.”

When the sign was painted, probably in the early 1990s, a patriot could unpeg a Bonds t-shirt from the Hills clothesline, and fix the Nissan car in their driveway using Sidchrome tools – all were manufactured in Australia.

Now, all those brands are manufactured abroad.

The economy has been transformed in the past two decades, with capital and jobs flowing to more lucrative industries.

The past decade, in particular, has been remarkable to two phenomena – a once-in-a-century mining boom, and a mortgage-lending boom that has pushed the price of houses into the stratosphere.

The mining boom lifted the Australian dollar from a trading range of 60 to 80 US cents, into the 80 to 110 cents range, and many manufacturers like the ones above were forced to relocated to places such as China, Thailand and Malaysia.

Meanwhile, Australians found a new way to make money at home – by speculating on property.

The early 2000s saw a proliferation of TV shows explaining how to buy, smarten-up, and sell properties, pocketing tens or hundreds of thousands of dollars in profit.

Little thought was given to first homebuyers borrowing record sums, because the same logic supposedly applied to them – buyers with even more money would come along and prices would keep spiralling higher.

Two things were making the nation richer, but by very different means.

And banks were raising deposits at home and abroad, and turning them into loans that buyers could use to purchase houses that were rapidly gaining in value. (‘Non-banks’ were at it too, but that’s another story.)

Readers will have noticed that commentary surrounding these two sectors never uses the term “mining bubble”, but sometimes refers to a “housing bubble”.

But when a debt-fuelled housing boom ends, the stock of debt does not shrink – especially in Australia, where homeowners can not simply post their house keys back to the bank that lent them the money, as borrowers did in the US where ‘non-recourse lending’ is the norm.

This is the problem warned of by the Bank of International Settlements (BIS) this week.

In a groundbreaking study, the bank’s economists discovered what some critics of the banking system have been saying for years.

They found that that credit bubbles, when they deflate, have more pernicious economic effects that most central bankers believe.

The BIS report points out that the “resource misallocations” of a financial bubble mean that when a bust happens, the real economy has to slowly and painfully adjust to put capital and labour back into more productive sectors.

This process, says the report, explains why “monetary policy may not be particularly effective in addressing financial busts. This is not just because its force is dampened by debt overhangs and a broken banking system … It may also be because loose monetary policy is a blunt tool to correct the resource misallocations that developed during the previous expansion”.

So is that what’s been happening in Australia?

The mining boom was not a misallocation of resources, but rather a ‘positive shock’ – imported labour and capital had to be mobilised quickly to take advantage of booming prices.

As that boom winds down, Australia’s national disposable income has begun to fall – around 2.4 per cent in per capita terms last year.

But what about the mortgage-lending boom? Was that a misallocation of resources?

Obviously the banking and house building sectors don’t think so. They still see themselves as an important foundation in Australia’s economic stability into the future.

A report from the Financial Services Council in 2014 crowed that: “Between 2013 and 2014, the financial and insurance services industry (FAIS) contributed $130 billion AUD or nine per cent of GDP to the Australian economy.

Not all of that is mortgage lending, of course, but the question remains – did these companies grow too big? Did too much capital and labour flow into the finance sector to fuel a speculative bubble?

The falling share prices of the banks suggest so. National disposable income is falling, making it hard to see how levels of borrowing and therefore house prices can keep rising much longer.

There could be one last gasp for the housing speculation model, however. The RBA’s cash rate is currently 2 per cent, and it could choose to cut rates again in 2016 and pump house prices higher.

Actually, that would just be keeping the illusion running just a bit longer.

Because as banking commentator Chris Joye wrote in The Financial Review recently, current house prices only make sense if you assume record low interest rates are the new normal. If rates rise by 200 basis points, he says, prices look 20 per cent over-valued.

Labour and capital are leaving the mining sector, and the RBA is right to pat itself on the back for managing that positive shock well.

In the finance sector, however, the RBA needs to take heed of the Bank of International Settlements warning.

The miracle of cheap money is great while the party’s in full swing, but it can take many years to recover from the hangover.