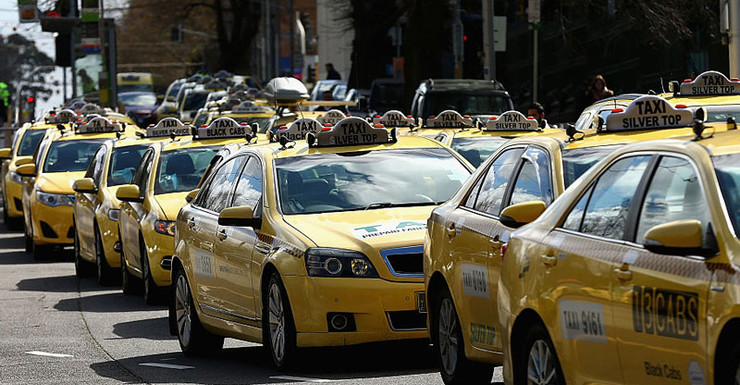 Why the taxi industry wants your metadata

Dozens of agencies, including Victoria’s Taxi Services Commission, apply for access to citizens’ phone and internet records without warrants.

Victoria’s taxi regulator has applied for the legal right to access the private data of Australian citizens without their knowledge or permission – data that its rival, Uber, already collects through its mobile app with users’ permission.

Last week it emerged that Taxi Services Commission Victoria applied, along with 61 other non-law enforcement agencies, for access to metadata under Australia’s new data retention scheme.

When the data retention law was enacted in October last year, 22 law enforcement agencies were approved for warrantless access to metadata: agencies such as state police forces, the Australian Crime Commission and the Australian Security Intelligence Organisation.

At the same time, dozens of non-law enforcement agencies, which had previously been authorised to access metadata in the same fashion, had their access revoked to introduce a measure of protection for citizens.

As proven by a document secured under freedom of information laws by privacy advocate Geordie Guy, many of those agencies removed have reapplied for access.

If granted by federal Attorney-General George Brandis, the state taxi regulator would have temporary access for a duration of 40 parliamentary sitting days.

The New Daily attempted numerous times to contact the Taxi Services Commission (TSC) to ask why it needed this access, but was unable to obtain comment.

The official government explanation of metadata is: “A footprint left after accessing the Internet, sending an email, or making a phone call.”

This includes the time, date and duration of a phone call, text message or email; the sender and recipient details, including account details of the sender; and location details attached to this data, such as where a call or an internet session was made.

The Attorney-General’s Department’s discussion paper on the matter considers metadata “information about a communication that is not the content or substance of a communication”.

Basically, the contents of an email or text message, or the words spoken during a phone call, are not recorded.

Formed in 2011 in response to the chronic poor performance of the state’s taxi industry, the TSC is responsible for licensing, testing, compliance and enforcement within the taxi and small hire car industry in Victoria.

It was shortly after this that ridesharing service Uber launched in Australia, in October 2012. A ridesharing service that connects passengers directly with drivers, Uber was recently legalised in New South Wales, but remains illegal in Victoria – drivers technically fall outside the law as it pertains to the hire car business.

An ongoing battle between the taxi industry and Uber has been waged since then, with shots fired on a regular basis from either side.

If approved, it is possible that TSC would gain the power to develop intimate digital profiles of citizens, including Uber drivers and users.

Of course, considering the Uber service utilises a user’s smartphone for operation, the company also collects and logs its customers’ data, such as credit card details, geo-location and trip history.

However, a user must first consent to these terms in order to use the service. Indeed, it would be impossible to provide some of the services Uber does so without geo-location or messaging, for example.

In contrast, if the TSC was granted access to the data retention scheme, taxi users would not be given the opportunity to give or withhold permission for information to be collected from them, nor would they be notified if their metadata was accessed.

At time of writing, neither Uber nor the Taxi Services Commission had responded to The New Daily‘s numerous requests for comment.