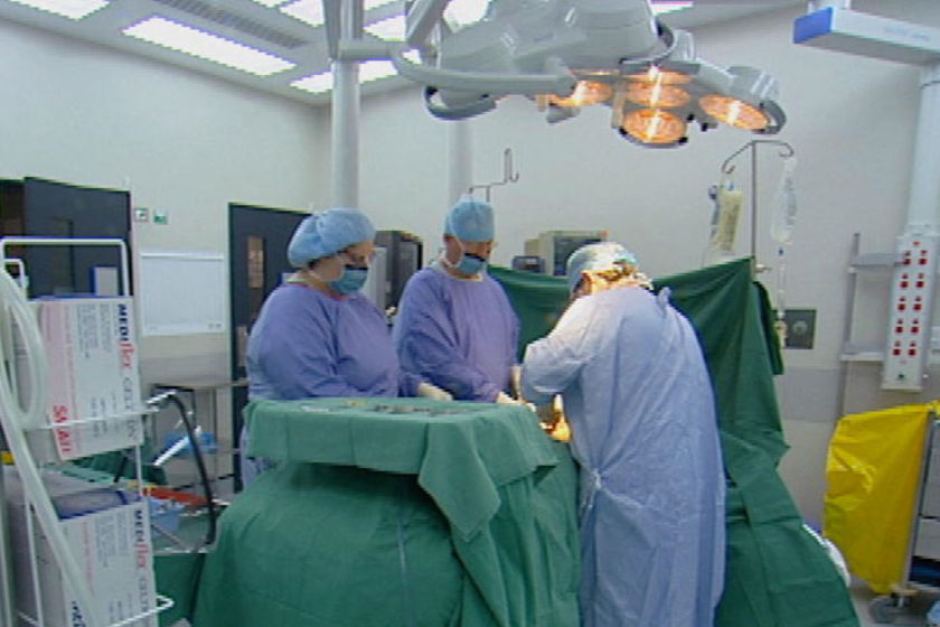 Public hospitals are facing a budget crisis as federal and state governments bicker over funding, the Australian Medical Association (AMA) has warned.

Of all emergency department visits, 73 per cent were completed in four hours or less, well short of the 90 per cent target for 2015 set by state governments.

The number of hospital beds increased slightly, but not enough to meet growing demand.

But that figure has deteriorated since 2001, when patients waited only 27 days on average.

AMA president Brian Owler said most state governments had made a concerted push to reduce hospital waiting times, but the "disappointing" report card showed they were struggling to cope with growing demand.

Professor Owler attacked the Federal Government's efforts to force the states to bear a larger share of health costs by fixing its own funding increases to indexation and population growth.

"The states are facing a hospital funding black hole from next year, when the growth in federal funding slows," he said.

"In a struggling public hospital system that's failing to meet its performance targets that sort of slowdown in funding growth will mean that they will be under further strain, and I think we'll start to see further clinical services being cut."

He also said the Federal Government should not cut income taxes while the public hospital system remained underfunded.

The Government has not revealed its final plans, but Professor Owler said Mr Morrison's suggestion that cutting income tax could boost jobs and growth was concerning.

"What we want to see is any revenue that is raised is kept in health, and we've seen some worrying comments from the new Treasurer Scott Morrison saying that he wants to fund personal income tax cuts — now that is not what that discussion was about," Professor Owler said.

"It's crucial that if we get any extra revenue then it go into health, because that's what it was promised for, and that is where it's needed."

Less than 65 per cent of urgent emergency department patients in Queensland are seen within the recommended 30 minutes, a new Australian Medical Association (AMA) report has found.

There was an improvement in elective surgery waiting times, but it still did not meet the national target.

AMA president Brian Owler said most state governments had made a concerted push to reduce hospital waiting times, but the "disappointing" report card showed they were struggling to cope with growing demand.

He said planned changes to the tax system should be used to boost public hospitals.

"What we want to see is any revenue that is raised is kept in health," he said.

Queensland Nurses Union's secretary Beth Mohle said she believed the Australian public "would be prepared to pay higher taxes to continue with the high quality health and education services that we have now".

"That's the debate we need to have as a whole community," she said.

"We really do have to be fundamentally rethinking the way that we do health and investing far much more funding into primary and preventative health care which actually stops people from getting to the emergency departments and surgery."