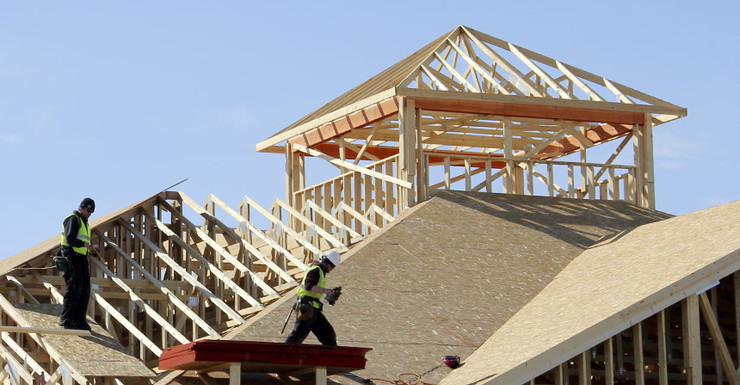 The first cracks in the housing market are beginning to show and experts expect a gradual slowing into next year.

Australia’s residential property market could soon be in oversupply with construction at record levels despite falling new home sales.

Already, industry observers are calling the boom over, saying prices are flat or falling in all major markets except Sydney which is expected to also weaken soon.

The HIA’s data followed the release of Australia Bureau of Statistics figures on Wednesday showing new dwelling commencements reached a fresh high of more than 55,000 nationally in the September 2015 quarter, and surged more than 15 per cent in the year to September.

But the HIA said the latest new home sales data, sourced from Australia’s largest volume builders, signalled the property market was now at a turning point.

The lagged effect of slowing population growth, an up-tick in variable mortgage costs, over-reach on the part of APRA’s credit controls (aimed at reducing investor buying), and an easing in property price growth in Sydney and Melbourne are all in play, Mr Dale said.

“In a welcome sign for the short-term residential outlook, leading indicators such as HIA’s new home sales didn’t fall sharply in the second half of 2015,” Dr Dale added. “There is, however, a steeper descent apparent for the ‘multi-unit’ market compared to detached houses.”

Detached house demand is more resilient with sales increasing by 1.1 per cent due to a stronger November across the eastern seaboard. Over the three months to November last year, detached house sales fell by 4.1 per cent while the sale of multi-units dropped by 11.8 per cent.

“We expect that commencements held up well in the December quarter last year and that they will remain at historically healthy levels in the first half of this year. Leading indicators such as HIA’s new home sales are consistent with this view.”

Seachange in the market

But Dr Hawtrey said the strong pipeline of activity in construction would continue to support the housing market well into 2016.

“Housing prices are now flatlining, or falling, and there is a real sense that the steam is going out of the market,” he said.

“Sydney will be the last market to lose that steam, but it is certainly already happening in Melbourne, Brisbane, Perth and other markets. Price growth and new building activity is levelling off.”

“We see total dwelling commencements Australia-wide peaking this year, in 2015-16, and tapering back in 2016-17 from a very high level. But they will ease back to a level that’s still strong,” Dr Hawtrey said.