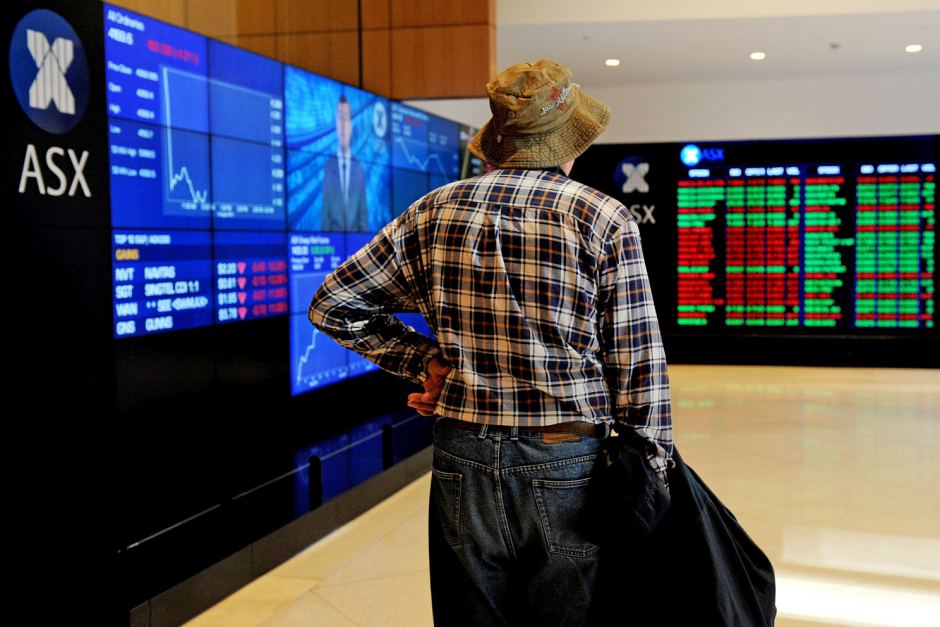 While the almost daily volatility on global share markets is bad enough news for professional investors, it is becoming an increasingly dangerous risk for retirees about to cash in their superannuation nest eggs.

The news is potentially bad for self-funded retirees many of whom are not necessarily equipped to manage through the volatility that seems unlikely to end any time soon.

With local losses of 8 per cent so far this year and $US14.5 trillion erased from global markets in the past seven months, retirees have every reason to worry.

Economist Mike Rafferty from the University of Sydney Business School told the ABC's AM program that, while there is always risk in the share market, some retirees are more exposed than they think.

How much of ordinary life do we push through financial markets ... how much anxiety do you want people approaching or in retirement to be facing?

"Over the last 20 years we've forced more and more people into the stock market through compulsory superannuation," Dr Rafferty said.

"So suddenly people have woken up after the global financial crisis and found out that their retirement expectations are very highly exposed to movements in the stock market."

Dr Rafferty said up to 90 per cent of the returns of superannuation funds are linked in some way or another with stock market returns.

"Australia's probably the most highly-exposed in terms of putting its retirement savings in the stock market and events like the last week or two really bring that risk home again," he warned.

The expected hit to superannuation funds comes despite a bounce back to double digit returns in the years after the Lehman Brothers collapse which sparked the global financial crisis.

Reserve Bank governor Glenn Stevens last year warned that in an era of low interest rates the such for "yield" on investments was adding to superannuation risk.

However, Dr Rafferty said managing risk through conservative annuity products might not be appropriate.

"The problem is these are very expensive, so the opening question for governments is how much of ordinary life do we push through financial markets and I think you've got to wonder how much anxiety do you want people approaching or in retirement to be facing," he added.