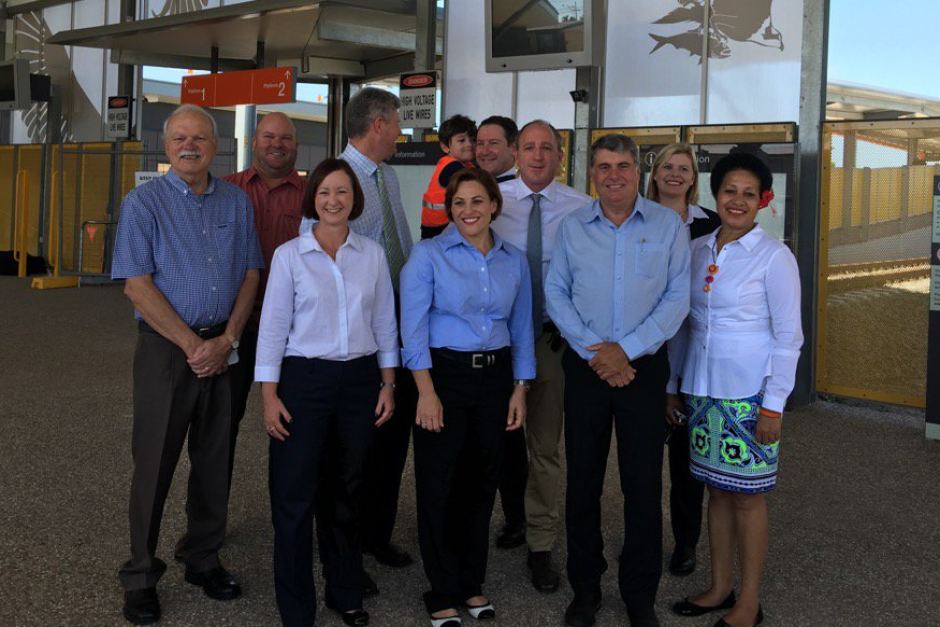 It has taken 100 years of haggling between various state and federal governments, but the on-again off-again Moreton Bay Rail Link has finally gone live.

The new rail line's 12.6 kilometres of overhead wiring were electrified this morning.

But the 14 kilometres of new dual track will not be taking passengers any time soon.

The link between Lawnton and Kippa-Ring has to go through rigorous signalling and track testing before it can be commissioned.

Transport Minister Stirling Hinchliffe said it would definitely be open in time for the Royal Queensland Show, known as the Ekka, in August.

"At this point we are pretty confident that people will have a chance to be flooding back to Kippa-Ring station with their show bags in hand," he said.

The $988 million dollar project has been jointly funded by federal, state and local government.

"This is an exciting time for the project and means the new rail line, which has been eagerly awaited for the past 100 years, will soon become a reality," he said.

Work began on the Moreton Bay Rail Link more than two years ago, and more than 3 million hours of work has gone into the project to reach today's milestone.

Mr Hinchliffe warned the high-voltage line was dangerous and urged children not to play on the tracks.

"It is not just the wires which are unsafe it is the whole environment, so stay outside the fence lines and do not play around the stations."

Once opened the new line will deliver 650 train services to the region each week, linking with the main North Coast line and south east Queensland's transport network.