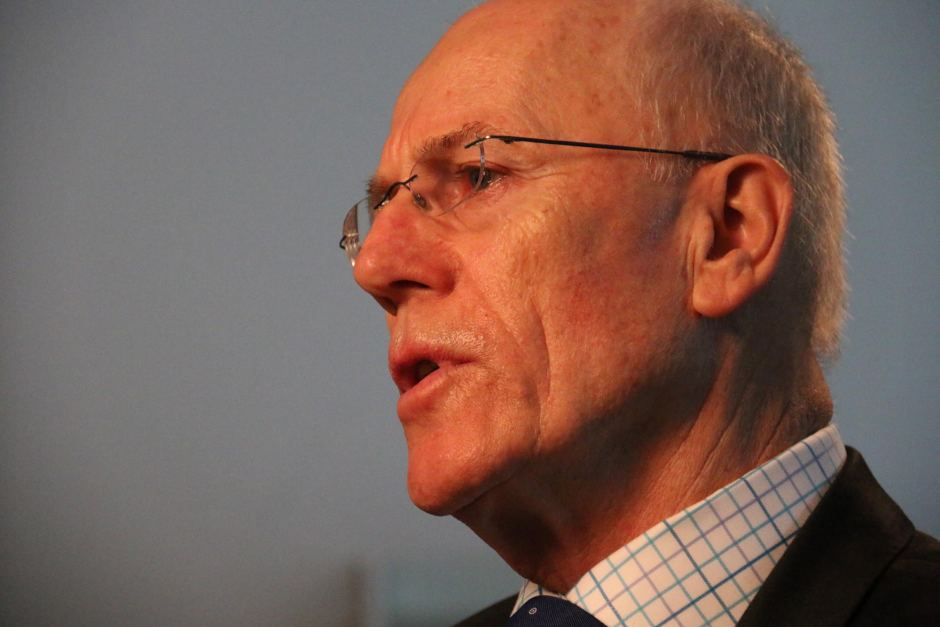 Dr Ken Levy, the former head of Queensland's Crime and Corruption Commission, has died at the age of 66.

Dr Levy collapsed at home on Tuesday and died on Wednesday in hospital in Brisbane.

He had been diagnosed with cancer last year.

A career Queensland public servant, Dr Levy was appointed acting chairman of the Crime and Misconduct Commission by the Campbell Newman LNP state government in 2013.

He replaced CMC chairman Ross Martin, who stepped down due to ill health.

Dr Levy presided over the organisation as it underwent controversial reforms under the Newman government and a name change to the Crime and Corruption Commission.

There were calls for him to resign after his name appeared on a piece on the front page of the Brisbane Courier-Mail in October 2013 defending the Newman government's tough anti-bikie laws.

Dr Levy, who had qualifications in law and accounting, stepped down in June last year after several tenure extensions.

He often joked that after being appointed to just a six-month term, he had become one of the organisation's longest-serving chairmen.

The ABC can reveal that after he left the CCC, Dr Levy continued to take an interest in cases that had come across his desk during his tenure, particularly allegations of serious fraud on the Gold Coast.

In recent months, he held private meetings with fraud victims and investigators.

Private investigator Ken Gamble told the ABC: "He really cared about justice — he took a real interest in exposing these crooks on the Gold Coast."

In his only media interview as CCC chairman last May, Dr Levy told the ABC that former police officers were suspected of having protected serious fraud syndicates on the Gold Coast.

Dr Levy had a keen interest in music and was a black belt in Judo, training young people in the sport.

He is survived by his wife Veronica, their children and grandchildren.

A funeral service will be held at Our Lady of Mount Carmel Catholic Church at Coorparoo in Brisbane on January 25.