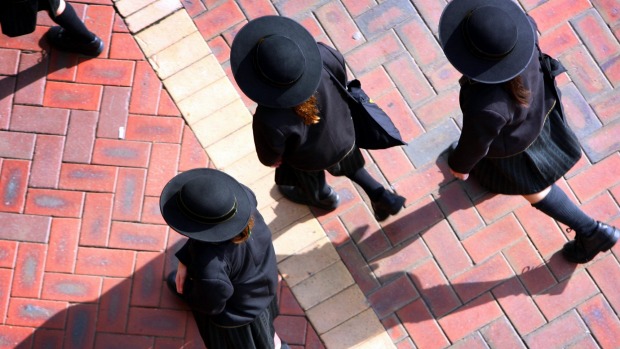 Brisbane has been tipped to have the most affordable private education in any Australian capital city for children born this year, in new research released on Tuesday.

It was a different story in country Queensland, comparatively at least, where parents were expected to pay more than anywhere else in regional Australia to send their children to religious schools.

The Australian Scholarship Trust's annual Planning for Education Index showed the forecast cost of a private education in Brisbane for a child born in 2016 was $360,044, 23 per cent less than the national average of $468,397.

The study found it would cost regional Queensland parents $193,262 to send their child to a religious school, which was the highest regional cost in Australia at 12 per cent above the national regional average of $172,331.

A public education in regional Queensland, which would cost $50,478, was more than $8000 cheaper than in Brisbane.

A private education in regional Queensland would cost an average of $326,762 for children born in 2016.

The index, based on more than 12,500 survey responses, estimates the cost of education based on a range of factors including school fees, transport, uniforms, computers, school excursions and sporting trips.

ASG chief executive John Velegrinis said the cost of education had risen at more than twice the rate of inflation over the past decade.

"If you have two or three children, the cost of a private education in regional Queensland could be higher than the purchase price of the family home," he said.

"We advocate parents use a disciplined approach by putting a little bit away each week so they financially can afford their children's educational goals and aspirations."