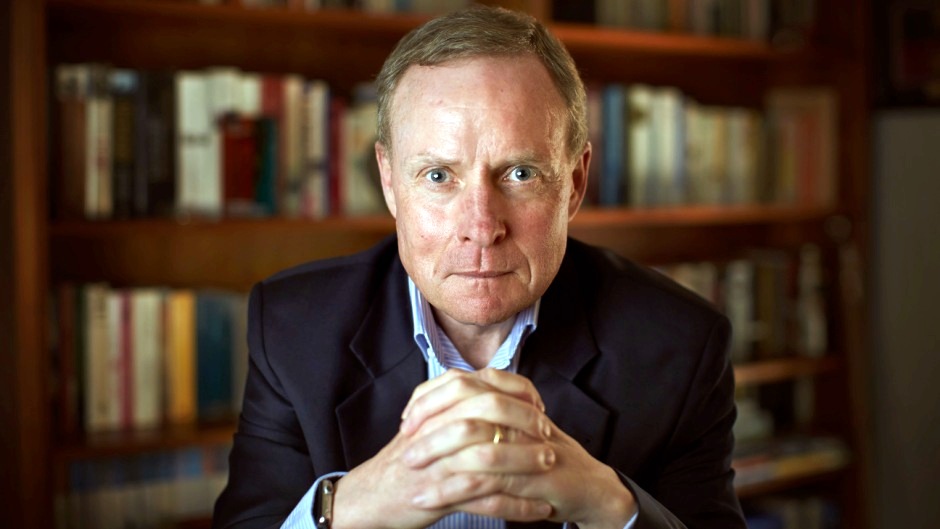 Former Army chief David Morrison said he was "almost at a loss for words" after he was named the 2016 Australian of the Year for his commitment to gender equality, diversity and inclusion.

The Lieutenant General, who retired last year after 36 years in the Army, was presented the award by Prime Minister Malcolm Turnbull at Parliament House.

"For reasons beyond education, or professional qualifications, or willingness to contribute, or a desire to be a part of our society and our community, too many of our fellow Australians are denied the opportunity to reach their potential," General Morrison said.

"Because when they do, we all benefit, and that's what true diversity is about and why I am so passionate about it and so honoured to have been chosen as your Australian of the Year in 2016."

General Morrison made headlines in 2013 when he ordered soldiers to "get out" of the military if they could not respect women as equals, after it was revealed dozens of members were involved in the distribution of hundreds of sexually explicit emails.

"Evidence collected to date has identified a group within our ranks who have allegedly produced highly inappropriate material demeaning women, and distributed it across the internet and Defence's email networks," he said at the time in a public video published on YouTube.

"If this is true, then the actions of these members are in direct contravention of every value the Australian Army stands for.

"Those who think that it is okay to behave in a way that demeans or exploits their colleagues have no place in this army. If that does not suit you, then get out."

The number of women joining the Army has since grown by 2 per cent, and the culture is "more accepting of racial, ethnic and sexual diversity", the Australian of the Year committee said in a statement.

General Morrison has since spoken at the Global Summit to End Sexual Violence in Conflict, sharing the stage with US Secretary of State John Kerry and actor and activist Angelina Jolie.

He argued militaries that exclude women "do nothing to distinguish the soldier from the brute".

The Senior Australian of the Year is Professor Gordian Fulde, the director of emergency at St Vincent's Hospital and Sydney Hospital for more than three decades.

Photo: Professor Gordian Fulde has been named Senior Australian of the Year 2016. (Supplied)

The longest-serving emergency department head in Australia, Professor Fulde has spoken out against the scourge of ice, alcohol-fuelled violence, and binge-drinking.

He said the award was not about him, but rather "us as a community".

"We do not want excess alcohol or drugs causing so much damage and devastation," he said.

"We really do not need to be drunk and ugly or out of it to enjoy this fantastic country Australia. In Australia, we really do look after our mates and each other.

"For over 40 years I've seen and treated the carnage caused. It is preventable, it is unnecessary ... We need to teach that actions have consequences but above all, we must increase each other's regard and respect for other human beings."

Two mates who built a free laundry in their old van to help the homeless have also been honoured, receiving Young Australian of the Year after their world-first idea expanded to five vans across the country and 270 volunteers.

Nic Marchesi and Lucas Patchett set up Orange Sky Laundry in 2014, and took their mobile laundry to north Queensland to help cyclone victims, and to Victoria to help fire-affected communities.

"A mother had lost everything to the fire and to wash and dry her clothes that had been donated to her that day made a massive impact on her life," Mr Marchesi said at the time.

At first, he said many people thought their plan was crazy.

"For two young blokes to knock on a laundry partner's door and say we want washers and dryers to put in a van ... they thought we were crazy," Mr Marchesi said.

"Our first Brisbane van, Sudsy, broke down every five minutes but with the support of the community all the challenges were overcome.

"Every day I'm blown away by memorable moments."

It is the first time the award has been presented to two people.

Mr Patchett said they had washed 70,000 kilos of clothes and have had over 15,000 volunteering hours across six services in Australia.

"We can restore respect, raise health standards, and be a catalyst for conversation," he said.

"We have found a way to treat others how they want to be treated."

Mr Marchesi said there were 105,000 people sleeping homeless each night.

"Tonight, we challenge all of us to grow Orange Sky, to help all Australians volunteer, to raise awareness, but most importantly, restore that basic human right of clean clothes and conversations," he said.

Youth educator Dr Catherine Keenan received Australia's Local Hero 2016, after abandoning her career in 2012 to set up the Sydney Story Factory and help students express themselves through writing and storytelling.

Dr Keenan has raised funds, established partnerships and trained more than 1,200 volunteers who work with students one-on-one or in small groups to teach them writing skills, cultivate their creativity and help them find their own voice.

"Telling stories is the way we take the complicated emotions and weird spirallings of imagination inside us and give them shape and form," she said while accepting the honour.

"It's how we understand the world around us and how we convince others to work with us to change it.

"We know the huge benefits of helping young people tell their stories. We know it because a growing body of research demonstrates the many and varied benefits that accrue for young people.

"Giving young people creative opportunities amplifies who they are and who they might become."

The chairman of the National Australia Day Council, Ben Roberts-Smith VC, MG, congratulated the award recipients, who were selected from nominations received from the public.

"It's not an easy decision that I and the Board of the National Australia Day Council have to make about who stands here as the 2016 Australians of the Year, as the national finalists are all worthy recipients," he said.

"David, Gordian, Nic and Luke, and Catherine are Australians who truly inspire us and make us proud — they are people who step up, speak out and take action to make a difference in our nation and to help others."