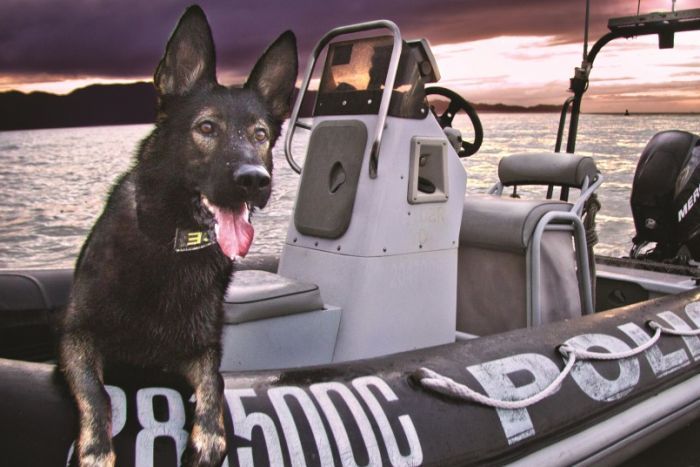 They do have rippling muscles and police badges, but this year's Queensland Police Service calendar models are a different breed to the usual pin-up.

For a start, they are mostly German Shepherds.

The calendar is a fundraiser for several charities, including the Animal Welfare League of Queensland, Police Legacy, and the National Breast Cancer Foundation.

One of the young guns featured in the calendar is Townsville-based police dog Mace.

Mace is a general purpose dog who works with his handler Senior Constable Nathan Hester tracking offenders and apprehending them.

"Our main bread and butter is searching for offenders that have left the scene of a crime on foot," Senior Constable Hester said.

Senior Constable Hester said Mace had only been working for about 12 months but was already proving himself to be an excellent tracker.

"The dog's nose is so strong; we are able to hone those natural instincts into what we want them to do," he said.

"I spend more time with Mace than I do with my family," Senior Constable Hester said.

The police officer lost two dogs to illness before being paired with Mace.

"The bond does form really quickly and is really strong obviously, over the course of eight or nine years," he said.

"Definitely the worst part of the job is having to say goodbye to them."

Mace's contribution to the 2016 calendar was a collaborative effort by several Townsville police departments.

Senior Constable Hester was glad to help out with the creation of the calendar but said there was "no way in the world" he could be a pin-up himself.

Calendars are available to purchase from the Queensland Police online merchandise store.