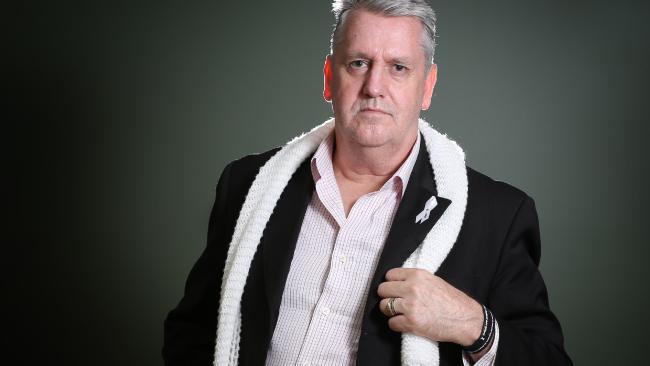 Thousands of domestic violence reports are received by Moreton Police District police every year — and the number is rising rapidly.

Today is White Ribbon Day — a day to take a stand and say no to violence against women.

A total of 2288 domestic violence incidents were reported in the Moreton region in the six months from July 2014 to February 2015.

Both Redcliffe and Deception Bay police officers-in-charge said there had been an increase in domestic violence incidents this year.

Redcliffe police have received 259 domestic violence referrals and 383 applications so far this year.

In the same period last year, 225 referrals and 330 applications were lodged.

“It is not unusual for us to get domestic violence calls at 7am in the morning,” Senior Sargeant Wyatt said.

“We get calls all day and all night.”

“When I first started as a police officer, domestic violence calls only came in on a Friday night through to Sunday,” acting Sen-Sgt Firth said.

“They were normally fuelled by alcohol. Now they happen at any time of the day.”

The community has drawn a line in the sand and are more aware and have more confidence to report domestic violence,” he said.

But he said the high number of incidents also showed more people were reporting the crime.

The project helps victims by providing a case worker, connections to support networks and other services.

Sgt Rowling said the project had made a big difference.

All three police officers urged those affected to make use of the many support agencies in the region.

Encircle, based in ­Redcliffe, is one of several support agencies for victims of domestic violence on the Peninsula.

“Domestic violence is the scourge of society,” Mr Bulman said.

“We want people to stand up, speak out, be a voice of change and challenge the behaviour of perpetrators. It is a community issue and it requires a community solution.”

Encircle, located at Lamington Drive, offers a range of services for victims.

Mr Bulman said the State Government’s move to adopt the 140 recommendations in the Not Now Not Ever report was a very big step in the right direction.

The recommendations include introducing healthy relationship lessons into the school curriculum, more support for victims and programs to help the perpetrators.

“Women need help, but we equally need to deal with the perpetrators. They need to be held accountable for their actions,” Mr Bulman said.

He said the key was offering courses for perpetrators and teaching them the right behaviours.

“There is a huge risk of homelessness with DV and that is why many women with children are scared to leave,” Ms Dornan said.

“There are now protocols in place that allow the victims to stay in their homes and the children in their schools while the perpetrator has to leave.”

Mr Bulman said the growing publicity and awareness would only help fight the issue.