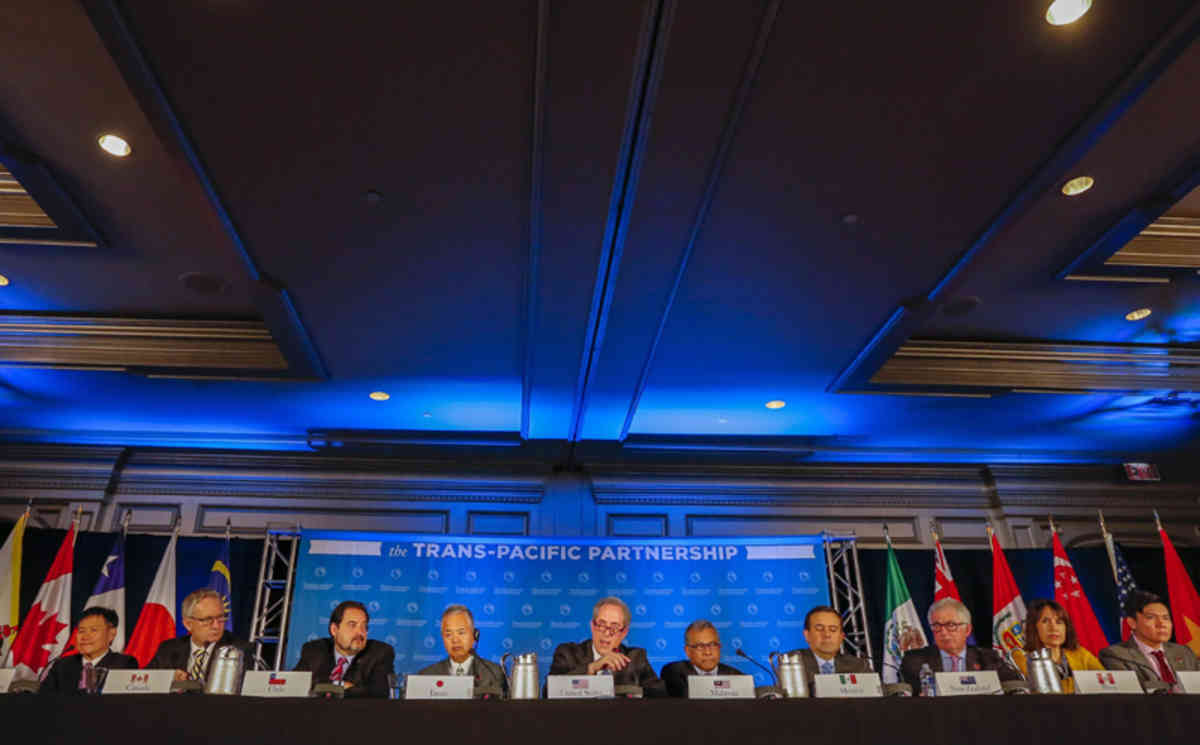 The long-awaited text of the landmark Trans-Pacific Partnership trade deal has been released.

It reveals the details of a pact aimed at freeing up commerce in 40 per cent of the world's economy but has been criticised for its opacity.

If ratified, the Trans-Pacific Partnership (TPP) will be a legacy-defining achievement for US President Barack Obama and his administration's pivot to Asia.

China, which is not part of the TPP, has responded with its own Regional Comprehensive Economic Partnership (RCEP), a proposed 16-nation free-trade area including India that would be the world's biggest such bloc, encompassing 3.4 billion people.

But TPP, which will set common standards on issues ranging from workers' rights to intellectual property protection in 12 Pacific nations, was kept largely from public scrutiny, angering transparency advocates concerned over its broad implications.

It is opposed by labour unions and many of Obama's fellow Democrats, including presidential candidate Hillary Clinton, who backed the developing trade pact when she was secretary of state during Obama's first term.

Some pro-trade Republican lawmakers are also wary of the deal, heralding a tough fight to get the deal through Congress, although this is not expected before March. Republican White House contender Donald Trump has labelled it a 'disaster'.

The deal does not include measures demanded by some US lawmakers to punish currency manipulation with trade sanctions or set monopoly periods for next-generation biologic drugs at 12 years.

Agreement on the pact, which was more than five years in the making, was trumpeted a month ago after intense talks in the US city of Atlanta broke a deadlock over trade in dairy products, pharmaceuticals and cars.

The fine print will be important. Details on local content thresholds for the auto industry are sketchy, for example, and US footwear importers are waiting to see how long duties will stay.

The TPP would be a boon for factory and export economies like Malaysia and Vietnam. Japan has pledged to ease trade barriers on imported French fries and butter - products which have been in short supply in the Asian market - while Malaysia will eliminate tariffs on all imported alcohol for the first time in a trade agreement.

Other firsts cited by the partners - Australia, Brunei, Canada, Chile, Japan, Malaysia, Mexico, New Zealand, Peru, Singapore, the United States and Vietnam - include the first commitments to discourage imports of goods produced by forced labor and to adopt laws on acceptable working conditions, and the first prohibition on harmful fisheries subsidies.