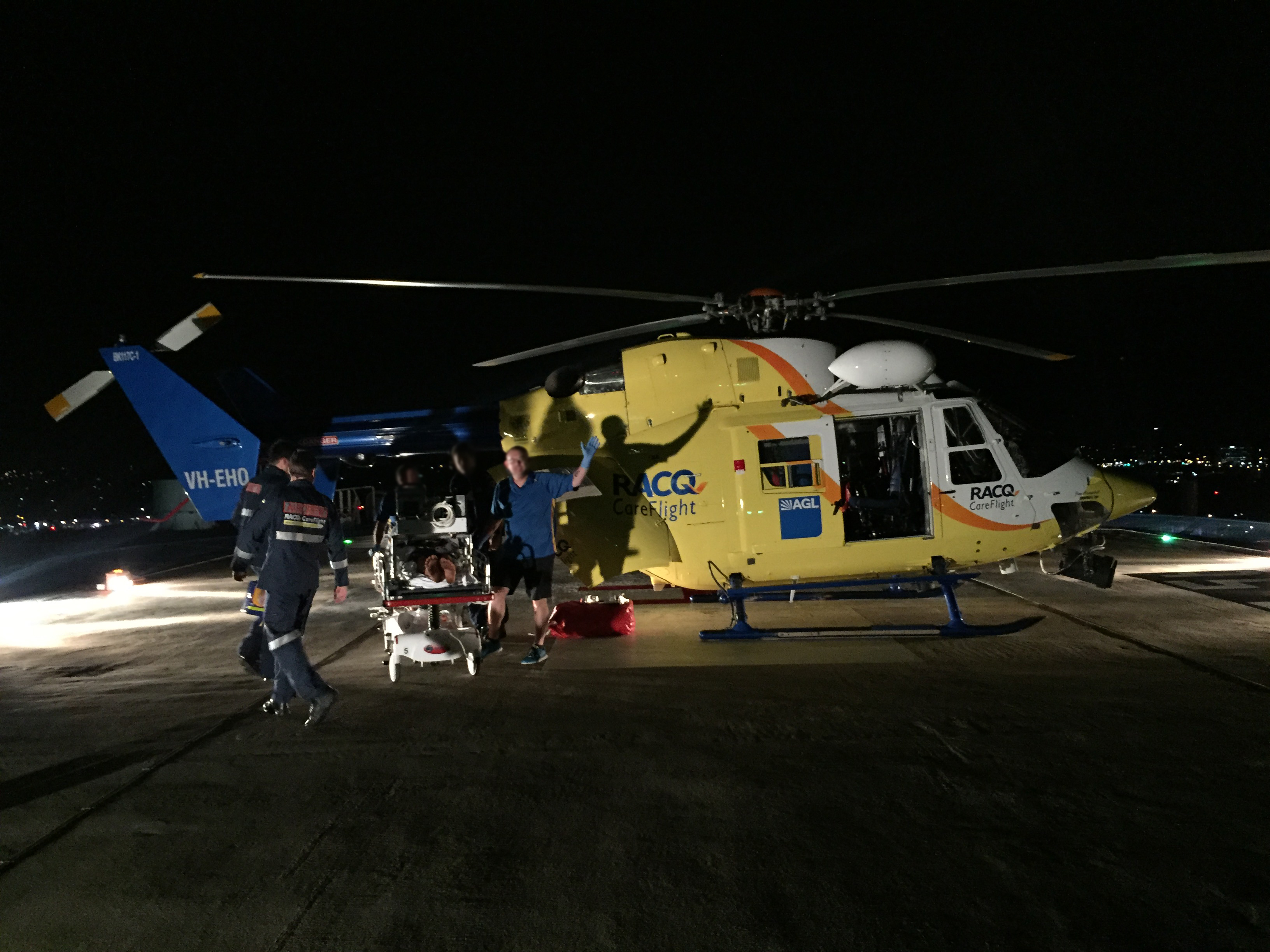 The helicopter crew was tasked to airlift the teenager from Moreton Island at 9.30pm on Monday night.

Its believed the man had captured a rough-scaled snake when he suffered the injury.

He was flown to the Royal Brisbane and Womens Hospital in a stable condition for further medical treatment.

This is the fourth suspected snake bite RACQ CareFlight Rescue crews have responded to in 11 weeks.

On 28 October, CareFlights Mount Isa helicopter airlifted a four-year-old girl from a property at Oorindi, approximately 80 kilometres from Cloncurry, after she was bitten on the toe inside the familys living room.

The Bundaberg rescue helicopter flew to the aid of a teenage girl on 21 September.

She suffered a possible snake bite on her lower left leg at a sheep property north west of Gayndah.

On 26 August, a male Costa Rican tourist was bitten by a snake on Fraser Island, he was flown to Nambour General Hospital for further treatment.