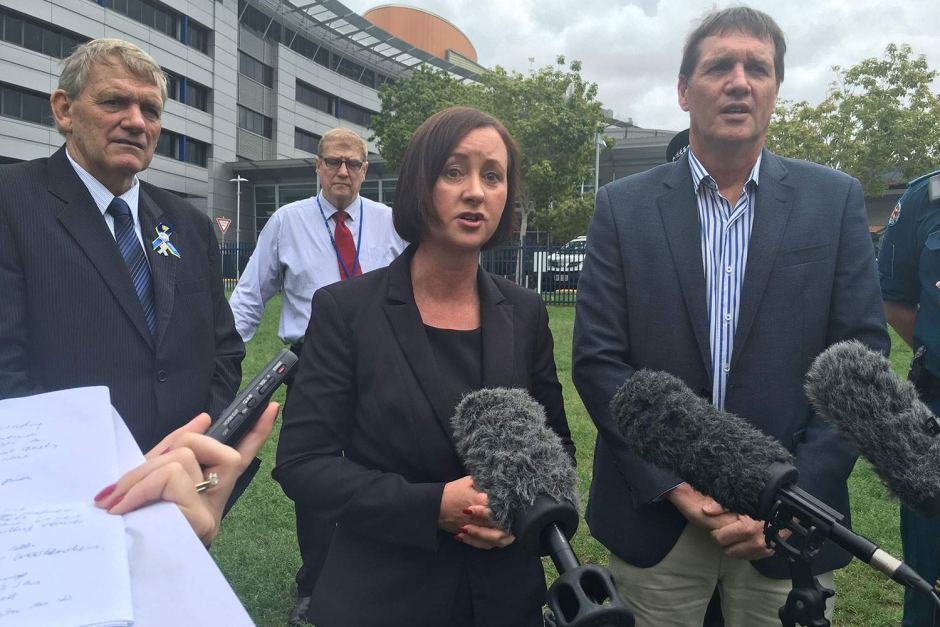 She said laws would be introduced to State Parliament this week for a 2:00am last drinks call in pubs and clubs across Queensland.

Nightclub precincts would be able to apply for an extension of last drinks to 3:00am, but would need to impose a 1:00am lockout.

Rapid-consumption drinks like shots would also be banned from midnight.

Ms D'Ath said if passed, the laws would come into force on July 1 next year.

"I would rather - as a member of the Palaszczuk Government - explain to someone why at 2:30 in the morning they can't have another alcoholic drink, than explain to their parents why they're not coming home," she said.

Ms D'Ath said the State Government was standing up against alcohol-fuelled violence in the community.

"Personal safety must be paramount - this Government made a commitment at the last election to the people of Queensland to keep their loved ones safe when they went out at night, and this comprehensive package is designed to do just that," she said.

"One in six Queenslanders has been the victim of alcohol-fuelled violence and two-thirds of Queenslanders consider the city or centre of their town unsafe on a Saturday night."

She said there was about 30,000 hospitalisations each year due to alcohol consumption.

"The community is telling us it's time to act to keep people safe," she said.

"This is a comprehensive package that gets the balance right.

"It allows our licensed venues to continue to trade under their existing hours so people can enjoy Queensland's entertainment and nightlife at the same time as dealing with alcohol-fuelled harm in the early hours by calling last drinks at 2:00am."

Revised trading hours 'will save lives'

The Australian Medical Association of Queensland (AMAQ), the Royal Australasian College of Surgeons (RACS) and the Queensland Coalition for Action on Alcohol (QCAA) said in a joint statement they welcomed the Labor Government's plan.

We see too many deaths, horrific injuries and lives destroyed by excessive drinking and violence. For those of us working on the frontline, trading hour changes cannot come fast enough.
Dr Brian McGowan, RACS

"Every day we see the devastating results in emergency departments," he said.

"This proposal to reform trading hours across the state will save lives," he said.

"We need a bipartisan move to roll out and evaluate the last drinks' [laws].

"With schoolies celebrations and summer holidays fast approaching, time is of the essence."

"We see too many deaths, horrific injuries and lives destroyed by excessive drinking and violence," Dr McGowan said.

"For those of us working on the frontline, trading hour changes cannot come fast enough."

"You won't know whether you're going to a venue that ceases trading at two o'clock or if you're a three o'clock venue that in turn locks you out at one o'clock," he said.

This policy is so confusing that you will need an app on your phone to tell you what venue you're going to, what the rules are - when you drink there.
Ian Walker, shadow attorney-general

"This policy is so confusing that you will need an app on your phone to tell you what venue you're going to, what the rules are - when you drink there."

Mr Walker also said there were many details missing in the Labor Government's plan.

"Labor's new policy has no mention of any action on drugs, which is obviously a major issue in nightclub precincts, nor any mention of extra policing in safe night precincts or of drug and alcohol education for Years 7 to 12 continuing," he said.

"Labor's also put compulsory ID scanning in the too hard basket and where has its commitment to have police breathalyse intoxicated patrons gone?

"The Palaszczuk Labor Government has once again proved it's still making things up as it goes and only responding when it's caught out on its dodgy, non-consultative policies." No 'meaningful' consultation with industry

Our Nightlife Queensland secretary Nick Braban said in a statement Labor's plan came without any meaningful consultation with industry and other community groups.

"Today we have seen a convoluted statement from the Government - simply rehashing a policy which has no support from varied stakeholders across the state," he said.

"An 11th-hour deal has been done with one sector of the hospitality industry, completely ignoring pubs, live music venues, small bars and nightclubs.

"We are astounded that the Government is willing to sacrifice small business and the jobs of young Queenslanders in order to protect the pokies industry - it's an utter disgrace.

"We are certain that Queenslanders want our young people doing their socialising and partying in well-resourced and managed entertainment precincts and venues, as opposed to drinking in unregulated environments in the suburbs."