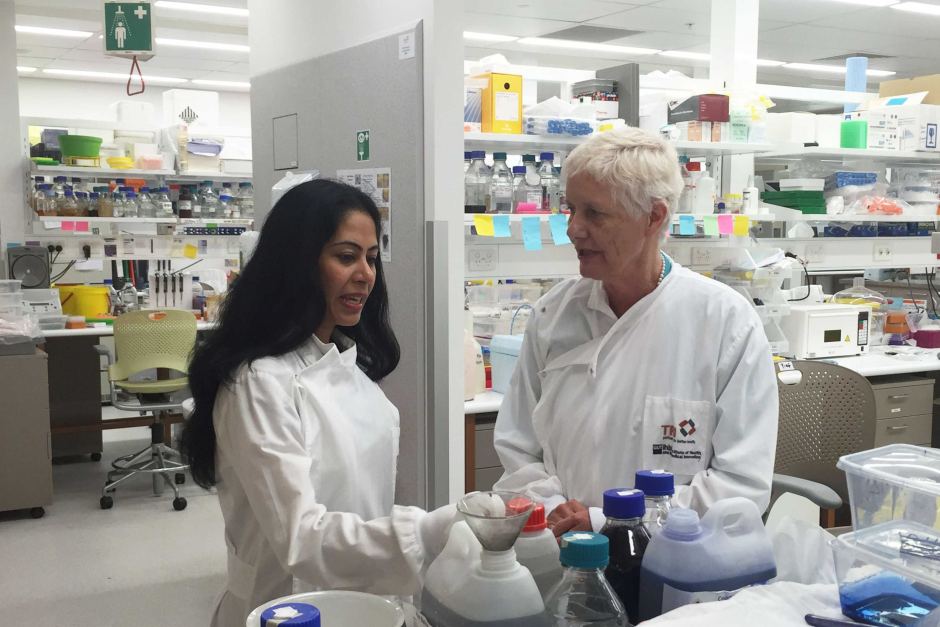 Queensland researchers have identified genetic variations they hope will make it easier to assess whether patients have an aggressive form of prostate cancer.

"We're looking at how that impacts on how the tumour cells grow and how they also perhaps migrate and have the ability to invade beyond the tumour itself," Professor Clements said.

Dr Jyotsna Batra said the gene variations were found in patients with lower PSA levels, but that did not necessarily mean the men were tumour-free - it just meant they had the genetic variation.

"Those two genetic variations we are talking about now are present within the protein coding region which actually makes the PSA protein," Dr Batra said.

"That can directly change the PSA protein structure, PSA protein stability and it's going to have a very, very direct implication on the PSA which is produced in the cell.

"So we are quite excited about these results."

The QUT researchers said the next step was looking at how testing could incorporate the new gene variation discovery, to help determine those patients with the aggressive disease and those who just need to be observed.

According to the Cancer Council, which is funding the study, prostate cancer is the most common cancer diagnosed in Australia and the third most common cause of cancer death.

In 85 per cent of cases a tumour is benign or slow growing and may just need to be monitored.

Professor Suzanne Chambers from the Cancer Council said that by 2017 there would be 200,000 Australian men living with a diagnosis of prostate cancer.

"Anything we can do to improve the patient experience of men in our community is really important work," she said.

"We want a better diagnostic experience for men.

"We have tests at the moment that can detect prostate cancer and can guide clinicians on how to treat it, but we want more information and we want more detailed information."