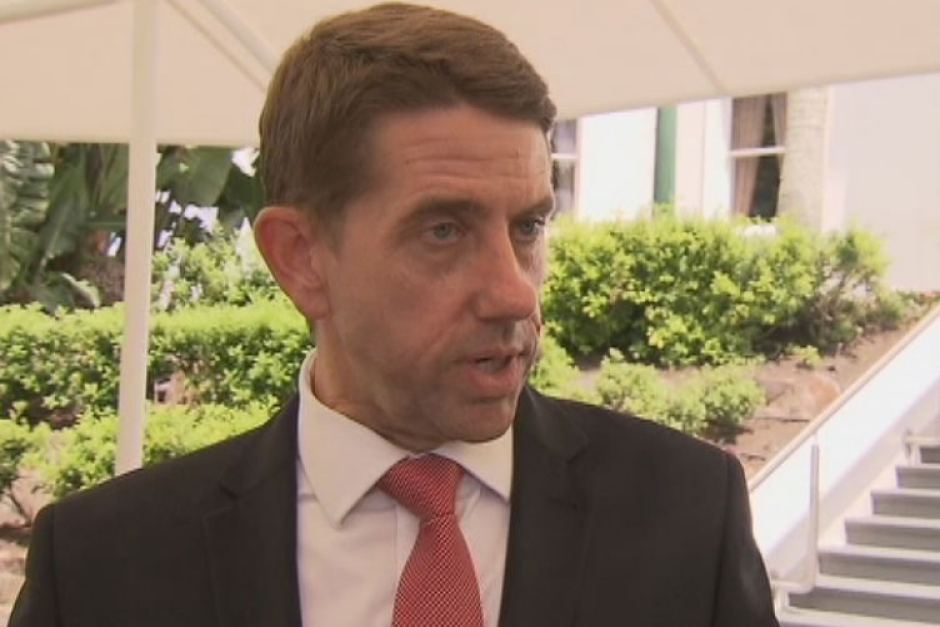 Mr Dick said today he stood by his comments in a speech last night urging the ALP to ditch the current arrangement giving union leaders a third of the vote on leadership ballots.

"That's the current rule at the moment - we're the only place in Australia that has that rule," he told the ABC.

"I've long held a view that the leadership model that should be adopted is 50 per cent branch membership and 50 per cent the state parliamentary party, but our party's made a decision.

"I think that the rule that applies at the moment - I have a different view - but I will always respect the democratic processes of our party that lead to rule changes."

But Mr Dick said he still strongly supported unions, describing them as "the bedrock of the ALP".

"They make us different to every other progressive political party in Australia and they have my very strong support," he said.

"But unions have to engage with new workforce as well, and many of them are.

"So it's important that our unions stay engaged with these new workers of the 21st century, particularly many of whom are self-employed.

"That's an important challenge for our labour movement and our Labor Party."

"This is power play from Cameron Dick - we know he re-entered Parliament with ambitions to be leader of the Labor Party and this is him now putting a stake to that leadership claim by putting the unions to one side and trying to get the grassroots members," Mr Bleijie said.

"It's not coincidence that Cameron Dick made this speech at grassroots level of the local Labor Party."