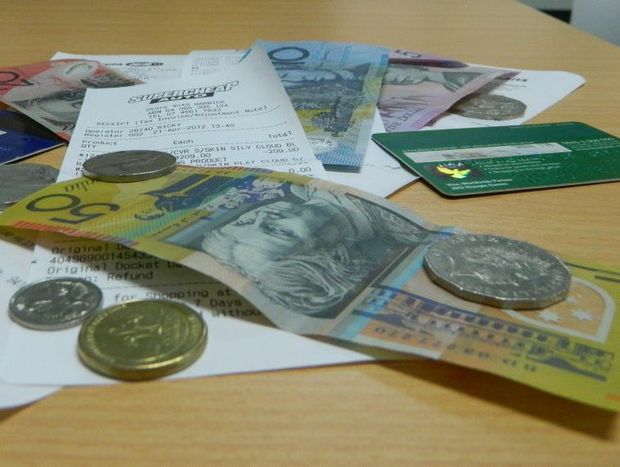 The poorest families in the country would face a 7% hit to their disposable income if the Turnbull Government lifts the GST to 15%.

Analysis of the proposal by the National Centre for Social and Economic Modelling showed the richest would suffer only a 3% cut to their disposable income.

The Australian Council of Social Services warned it was a "regressive" tax and would require a huge compensation package for low income earners.

DIVISION among those urging the government to undertake tax reform is sharpening, with the Australian Council of Social Service (ACOSS) releasing modelling that puts numbers on the regressive effects of increasing or broadening the GST.

The modelling, commissioned by ACOSS and done by the University of Canberra's National Centre for Social and Economic Modelling (NATSEM), shows that raising the GST from 10% to 15% while keeping the base the same would have people in the lowest 20% household income bracket pay 6.7% more of their income in GST.

ACOSS said that while it did not rule out any change in the GST "a large change in the tax mix from income to consumption would seriously weaken the overall progressivity of our tax system". Increasing the GST should be one of the last options considered to raise revenue for services, ACOSS CEO Cassandra Goldie said.

The scenario of just increasing the GST to 15% does not take into account the compensation which would accompany it.

But the ACOSS report discounts compensation. It says that if a tax reform requires a large compensation package "this is a sign that the fairness of the reform itself is questionable.

"Compensation may not last, and excessive reliance on it shifts the risk of reform to people who are least able to bear it."

ACOSS and business groups were in the push to get the Abbott government to embrace reform and reiterated the message to the Turnbull government, although there was not unity on specifics. Now that the debate is becoming more focused and changing the GST is at the heart of it, the differences between the various interests will come to the fore.

In another scenario, the report says that boosting the GST rate to 15% and using all the revenue to cut all personal tax rates by five percentage points would reduce the progressivity of the tax system even more than raising the GST alone. This is because across-the-board tax cuts would disproportionately benefit the highest two income quintiles - those with average gross household income of above about A$100,000. Almost two-thirds of households (64%) would be worse-off overall. The average impact is negative for the lowest three quintiles - up to about $100,000 in household income - and positive for the top two quintiles.

On the other hand, among the highest two quintiles, most households would gain. 75% of the highest quintile, which has average household income of $172,638, would be better off from the tax mix change, and 64% of the fourth quintile, where the average income is $105,503.

Broadening the GST to education would have a similar impact (0.6%) across the income range.

While ACOSS does not rule out any increase in the GST, our firm view is that before an increase in the GST is considered to raise the public revenue needed to fund community services, other more equitable options should be thoroughly pursued. These options include reducing the cost to the budget of income tax shelters such as superannuation, capital gains tax discounts and negative gearing, and private trusts and companies.

ACOSS opposes increasing the GST to pay for tax cuts, beyond any required for compensation. It says that "a large change in the tax mix from income to consumption would seriously weaken the overall progressivity of our tax system and do nothing to raise revenue to fund essential community services. It would simply transfer resources from low income households to high income ones."

Businessman Tony Shepherd, who headed the Abbott government's Commission of Audit, told Sky on Wednesday that "of course we need to increase the GST". He said the funds should be used to replace tied grants that the federal government made to the states and help reduce the deficit.

Shepherd said people would have to pay more tax to support gold standard services - Australians should "get over" this fact - but spending needed to be cut too. Increasing the GST would not kill off investment and growth.