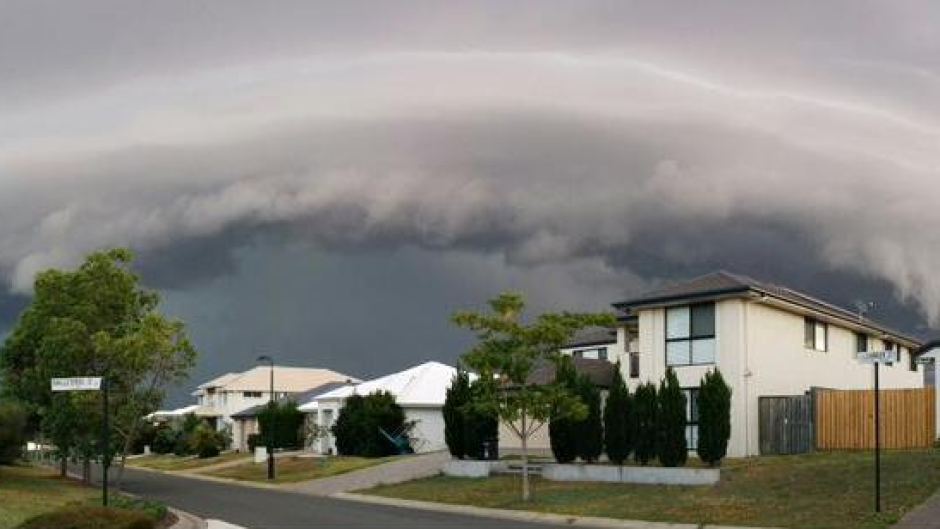 It is a year today since Brisbane was smashed by the worst hail storm in 30 years, one that left a trail of destruction and a damage bill of more than $1.3 billion.

The super cell storm hit in the middle of peak hour on November 27, 2014, bringing with it hail the size of cricket balls.

Wind gusts of more than 140 kilometres per hour were strong enough to slip planes and helicopters at Archerfield airport, bring down trees and rip roofs from houses.

On the roads, thousands of motorists were left stranded in cars as their vehicles were pelted by the gigantic hail.

The suburbs that were worst hit included Woolloongabba, Moorooka, Fairfield and Highgate Hill.

The Insurance Council of Australia said in all — more than 120,000 claims were processed.

It put domestic losses at $847 million and commercial losses at $497 million.

The one-year anniversary of the largest storm to hit the city in three decades has sparked warnings for home-owners not to be complacent this current storm season.

"It was a big storm and the damage proved that. Everybody who was in Brisbane that day saw how big it was," Suncorp Insurance spokeswoman Melissa Cronin said.

"We all saw the damage of the cars and the number of cars that were hit, the homes that were damaged.

"So it is a timely reminder to get ready for this season."

The Bureau of Meteorology's Jess Carey said significant storms for the south-east region were forecast for the weekend.

"Not for a second would we be predicting a storm of that magnitude," he said.

"But these are the risks associated with storms in the south-east and we are at the peak of the storm season right now."

RACQ urges motorists to slow down during hail storms

RACQ's insurance communications executive manager Mike Sopinski said the November 27, 2014 storm remained the largest single claims event in the history of the Queensland insurer, even above the 2011 floods.

"There has not been anything like it since the mid-1980s," he said.

"What's unusual about this storm is that almost a year after the event we are still receiving upward of half a dozen new car claims each week.

"Seasonal factors may have been a consideration in customers not lodging insurance claims soon after the storm with school holidays and Christmas just around the corner.

"The anniversary of the storm and the onset of another storm season might also be prompting customers to lodge claims."

He also urged motorists to slow down during a hail event after RACQ research found up to 47 per cent of drivers admitted to speeding in an attempt to avoid hail damage to their cars.

"Last year's storm hit at the worst possible time of the day with thousands of drivers on their way home from work stuck in peak hour traffic," he said.

"While we understand motorists wanting to escape hail damage, risking a crash by driving too fast should never be an option."