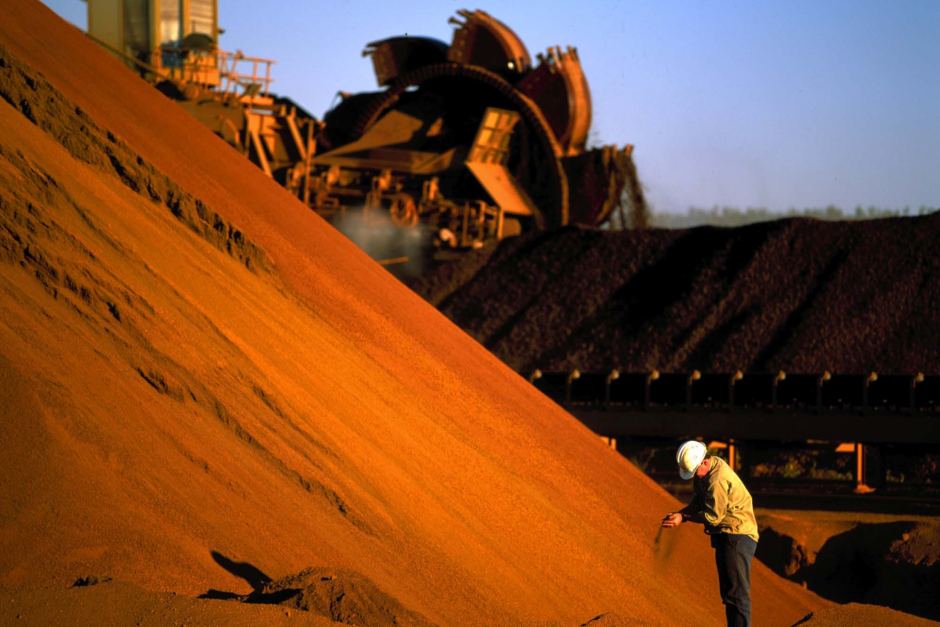 A massive hit to the iron ore price that has seen it tumble back to the lows experienced in July is re-testing junior miners and the WA Government's budget.

The price of iron ore had remained relatively stable in recent months, but that came to a dramatic halt on Tuesday night as it fell 4.5 per cent to $US45.50 a tonne.

"The most recent drop has been driven by weakness in the Chinese steel market, we're seeing now that not only [is] the steel production forecast not coming through, we're actually seeing steel declines," he said.

"Year-on-year, pretty much every month in 2015, we've seen a decline in steel production versus the previous corresponding period, and that of course is flowing through to the iron ore price."

Mr Sala Tenna said he did not think the price would revisit healthy levels for some time, with Gina Rinehart's Roy Hill mine set to come online.

"In the short term we're going to see some swings, but it's hard to make a case for seeing it go too much higher," he said.

"The previous thought was $US70, $US80, $US90 was the normal level it would settle at. I think we're now seeing that level substantially lower, I think we will see the iron ore price settle at around the $US50, $US60 a tonne market.

"Hopefully some currency will help the Australian producers to remain profitable."

The latest slump is a concern for WA Treasurer Mike Nahan, with the price slipping below both state and federal treasury estimates.

"The output is not at risk but the price is lower and will impact our budget," Mr Nahan said.

"It will impact our royalties collections. They will be reported and brought to account in the mid-year review.

"[But] it doesn't surprise me, it's what the market's been predicting for a while, and at the mid-year review in December we will recalibrate using our existing methodology."

Iron ore miners are not the only ones feeling the heat, with commodities across the board taking a beating and many sitting at six-year lows.

They are not the sort of conditions South32 was hoping for in its first few months of trade after being de-merged from mining giant BHP Billiton in May.

At its first annual-general meeting in Perth today, the company's chief executive Graham Kerr urged shareholders to focus on its cost cutting, not its daily share price, which is about 40 per cent lower than when it listed.

"But I think it is consistent with what you've seen across the sector. The one exception to that would be, you have seen the companies that don't have a strong balance sheet being impacted more on their share price than what South32 has."

The company told shareholders it had reduced its debt to $196 million during the September quarter, and slashed capital expenditure 9 per cent to $650 million.

The company intends to hand out a minimum of 40 per cent of underlying earnings as dividends.

When questioned about the company's policy to review its tailings dams in light of BHP's Samarco tragedy in Brazil, Mr Kerr said South32 regularly audited its operations.

"What's happened in Brazil is a tragedy by any magnitude," he said.

"Every year we review our tailings dams ... to understand the maximum foreseeable loss.

"As a consequence of that event, outside of our normal process, we've had a long, deep discussion about how do we sit, what kind of exposure do we have, we are comfortable for a number of reasons, we don't have the same exposure."