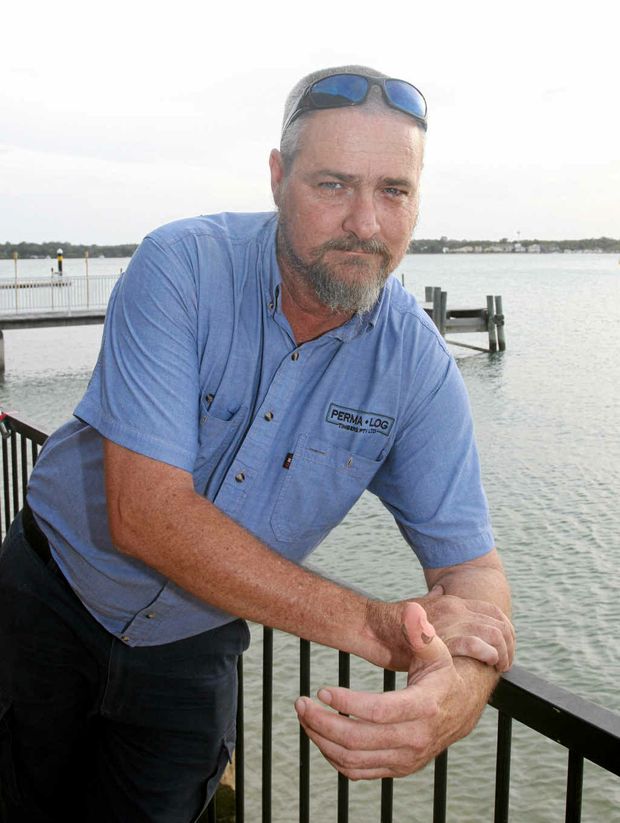 A night in hospital and a couple of painkillers was all it took for Matthew Mann to be back at work after a sea snake bite that usually kills victims.

The Banksia Beach resident was doing some fishing with his son last Thursday at about midnight when he was bitten.

"I was down here with my son," Mr Mann said.

"We dragged the bait net out and obviously you take out what fish you can't use and it was full of eels.

Mr Mann didn't really think much of the incident and carried on fishing with his son.

"I thought it was a sting from a catfish," he said.

"I've been stung by catfish before and after about 20 minutes the pain subsides but after about 40 minutes I could barely walk so I jumped in my car and went home.

"I got in the shower and I just started cramping up. I had lockjaw and the muscles were retracting telling me there was something wrong.

"It was the most pain I've been in in my life I can tell you."

The Queensland Ambulance Service arrived to Mr Mann's aid at about 2am and immediately took care of his pain.

"They filled up a big tub of really hot water and put my hand in it and it stopped straight away, the pain instantly went," he said.

Mr Mann spent Friday in hospital before he decided he was right to go home.

"By Friday night I was like I've had enough, I'm feeling ok. The hand was still very sore but it was bearable so I went home," he said.

"The ambos and staff at Caboolture Hospital were really, really good. I was in a lot of pain, so was probably a bit of a nuisance but they were great.

"A few painkillers and I was back at work on Monday." Mr Mann said the run-in wouldn't stop him from fishing.

"I haven't been back yet, I'm going to this weekend though, it won't scare me away from it," he said.

"Usually I know better. I've got a headlamp I use so I can see what I'm doing and, as I found out, the sea snake will only bite you if its cornered or picked up and I did both accidentally," Mr Mann said.