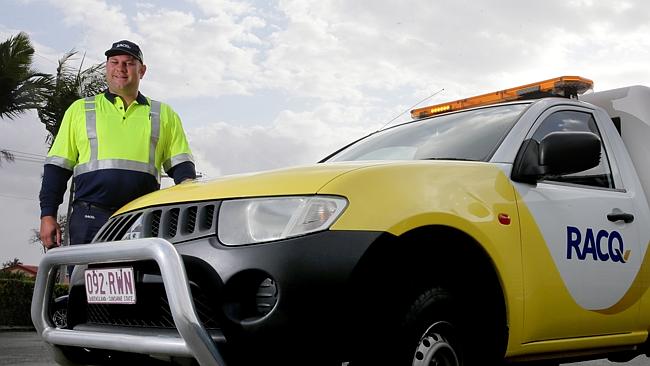 From flat batteries, overheated cars, motorists being locked out and running out of fuel - RACQ Redcliffe patrol manager Aaron Lutton said there was little he had not had to deal with.

Statistics from RACQ for Redcliffe Peninsula suburbs, including Deception Bay, found the most common reason Mr Lutton and his crew were called out was because the driver could not get the car to start.

A lot of times this is from flat batteries, Mr Lutton said.

But sometimes it is just that people still have the car in drive and not park so it wont start.

The car cutting out and overheating were the next top reasons for a call-out.

Mr Lutton said these problems could be reduced with regular servicing.

Next on the list was being locked out of the car or locking keys in the car.

Mr Lutton has also helped rescue several babies from cars, who have locked themselves and the keys in the car.

Keys are not good play toys to give to kids, Mr Lutton said.

During his 15 years as a RACQ patrolman Mr Lutton said he had attended many bizarre jobs.

A member rang for a patrol and said they were on Vera St. After much searching the consultant found they were actually on another street. When asked didnt you say you were on Vera St? The member replied: Yes, this is where Vera lives.

A man directed a patrolman to his car in a busy shopping centre car park and explained that the key wasnt working. When the patrolman approached the car he realised the rego was different to the registration on the membership. The man had been accidentally trying to open someone elses car which was the same make, model and colour.

A member borrowed a friends car, which was unfortunately vandalised before he could return it. The man called RACQ in the hope they would inform the friend about the incident. He didnt want his friend to get angry with him.

Top 7 reasons for call-outs in Redcliffe and surrounds: