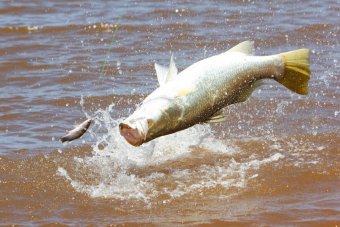 The three zones will be near Rockhampton, Mackay and Cairns, fulfilling an election commitment by the Labor Government before it came to power in January.

"It took the Brisbane Broncos 20 years to bring home the trophy, and it's taken us 16 or 17 years to be able to achieve these goals," he said, referring to the long campaign in favour of net-free zones.

Mr Murray said the impact on the supply of fresh seafood would be "minimal", despite concerns raised by the commercial fishing sector.

"That's the only impact.

Mr Murray welcomed a new commitment by the government to ensure affected commercial fishers would be adequately assisted.

A blow for commercial fishers

On the other side of the debate, which has been intense over the past year, Rockhampton commercial fisher Keith Harris said he was "devastated" by the outcome of last night's vote.

"25 per cent of my income was derived from where I used to be able to fish in the Rockhampton-Fitzroy area," he said.

"I have no prospect of being able to replace that income in the net fishery, due to other areas being closed already through previous regulations.

Mr Harris reiterated the view of the commercial fishing industry that the new net-free zones will have a serious impact on the availability of fresh local fish for consumers in the three areas.

The net-free zones are intended to boost the number and size of native fish in those areas and help create a new industry of fishing tourism.

Leading into last night's vote, it was unclear what the result would be.

When the vote was held just before 10:00pm, after more than two hours of debate, the two MPs from Katter's Australian Party and independent Billy Gordon, all sided with the government, rejecting Ms Frecklington's disallowance motion.