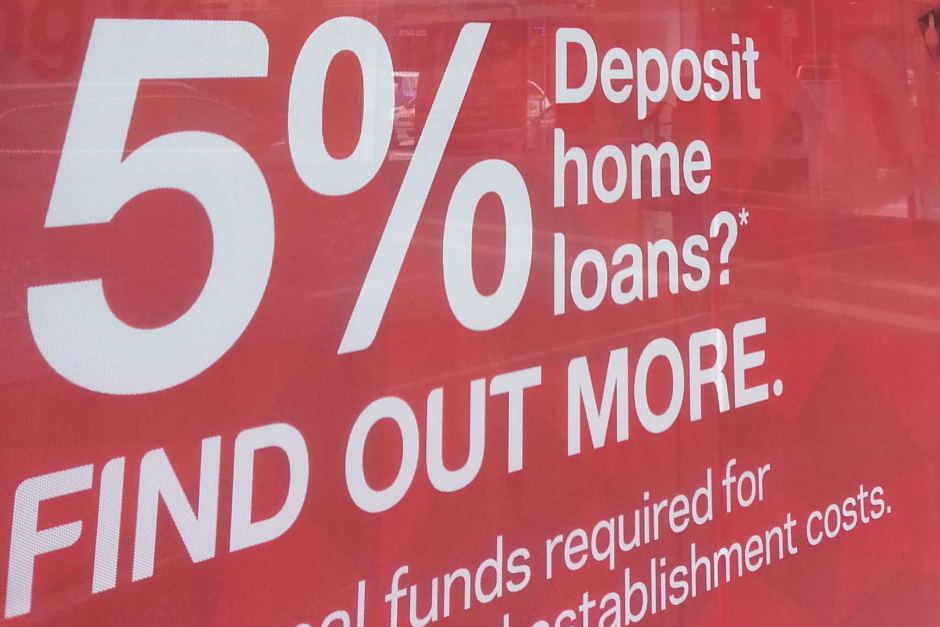 Home loans to owner-occupiers are accelerating at the same time as lending to property investors eases off.

The Bureau of Statistics housing finance data for August show the value of loan approvals for owner-occupiers grew 6.1 per cent over the month, while the value of loans to investors fell 0.4 per cent.

"The last time more than 55,600 home loans were written in one month was back in 2009, when the boosted first home owner grant was in full swing," Mr Flavell said.

"To see a similar level of home loan demand in today's market, when there is not only no boosted first home buyer incentives in place but lenders are effectively trying to reduce their level of investment lending activity, is surprising and just goes to prove the strength of the housing market."

Late last year, the banking regulator APRA imposed a 10 per cent speed limit on housing investor loan growth, a limit that appears to have been policed from the middle of this year.

However, despite the slowdown in investor loans and surge in owner-occupier borrowing, investor loans still accounted for more than 40 per cent of the value of approvals in August.

It also appears from the figures that many people who were previously buying as investors are now purchasing as owner-occupiers to escape the lending restrictions, while several banks have reported the recent reclassification of a significant number of investor loans as owner-occupier.

"The August lending data suggest that there is still a good deal of heat in the housing sector, but that the owner occupiers are now driving the market," wrote BT's chief economist Chris Caton in a note on the data.

"The issue is that some of this change in behaviour is more apparent than real, being driven by recent regulatory changes, which have provided banks with a considerable incentive to classify loans as being to owner-occupiers rather than to investors."

Overall, the value of home loans approved in August still grew at a very solid 3.5 per cent, seasonally adjusted.