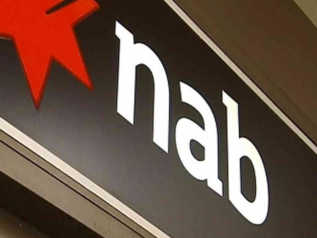 National Australia Bank has lifted its variable mortgage rate by 17 basis points to 5.60 per cent per annum.

NAB blamed market conditions as well as regulatory changes which require the major trading banks to increase the amount of capital they hold against their home loan portfolios.

NAB's head of personal banking, Gavin Slater, said the decision was not easy, but was the right decision for the long term.

"We know we have to balance the interests of our customers with the needs of our more than 550,000 shareholders," Mr Slater said in a statement to the ASX.

NAB's raised interest rate on all new and existing variable home loans will be effective from Thursday, November 12.

In May, the NAB tapped shareholders for $5.5 billion in capital raising to boost its regulatory buffer to new levels that bank regulator Australian Prudential Regulation Authority (APRA) has demanded be "unquestionably strong".

APRA appears to support the banks in this goal, so blame APRA as much as the banks.
Publisher of Banking Day, Ian Rogers

While the banks do not release details of the expected impact of the changes to their balance sheets and profitability, Macquarie Wealth Management has forecast a 15 basis point rise in SVR home loans would boost cash profits for the "big four" by 3 to 4 per cent.

For the NAB, which is expected to announce a cash profit of $7.6 billion next week, that would mean a earnings uplift of around $270 million, while ANZ, which has yet to move but is expected to shortly, would increase its earnings by $229 million.

Macquarie said Westpac's 20 basis point move would increase its full-year profit by $326 million, while the CBA ? the most profitable bank ? could expect a $390 million benefit from its repricing.

Publisher of the respected industry newsletter Banking Day, Ian Rogers said the banks are like any big business and are out to maximise their profits.

"In the case of Australia's large banks, they are a well established oligopoly and all four members of the oligopoly know how the mechanics of pricing work," Mr Rogers said.

"Each bank usually takes its turn to take the lead on pricing changes, confident the others will follow.

"In this instance, the industry has a clear cut rationale to lift home loan interest rates independent of the Reserve Bank, thanks to APRA's directive to raise additional capital."

Mr Rogers noted the banks are also motivated by their desire to pay increased levels of dividend each half year.

"APRA appears to support the banks in this goal, so blame APRA as much as the banks," Mr Rogers said.

RBA will not welcome decision

Sally Auld from JP Morgan said while the RBA will not be surprised by bank's raising their rates, it is not something that will help get the economy back on track.

"This is happening at a time when the RBA has already told us they are quite worried about risks around local property markets, both residential and commercial," she said.

"So, I suppose the argument would be that is this necessarily what you want ? effectively a tightening in credit conditions in a sector that the RBA has expressed some concern about as it is."

John Symond, the founder and executive chairman of Aussie Home Loans told ABC NewsRadio that there will now be "a flurry of similar increases by just about every lender out there".

"Today, I'm tipping that the Reserve Bank will move down to equalise and offset the perceived interest rate increases by the banks to ensure that borrowers are not disadvantaged."