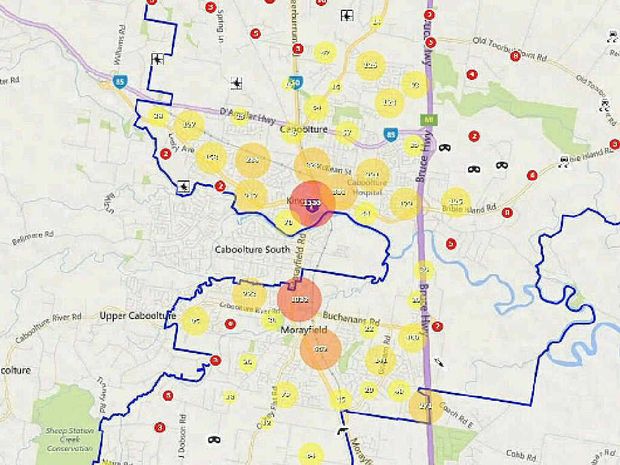 Moreton District's overall crime rate has increased more than 10 times the state rate during 2014 and 2015.

"Sexual offences increased by 28.8 percent. Reported rapes or attempted rape offences decreased by 12 percent and a there was a 51.1 percent increase in other sexual offences.

"The increase can be attributed in part to more people reporting incidents of sexual offences to police especially historical cases."

Superintendent Brady said in relation to property offences the rate of break-ins across the district had risen by 1.1 percent. Unlawful entry into houses decreased by 7.2 percent while unlawful entry into shops rose by 8.6 percent.

"A lot of break-ins are opportunistic and are preventable," he said.

"It is encouraging to see a decrease in these offences and demonstrates the community is actively participating in crime prevention. Police will continue with proactive policing and community programs, such as the Moreton myPolice blog and Neighbourhood Watch groups."

Member for Morayfield Mark Ryan said that despite an increase in crime he still believed the region was safe.

"I do think our area is a safe place to live and work," he said.

"While the overall crime rate has gone up - and that does concern me - it means that our police are being incredibly proactive in tackling crime.

"It also means that our community is taking the time to come forward and report offences.

"I strongly encourage local people to continue to report offences and also get involved in their local neighbourhood watch or CrimeStoppers group. By working together, we can make a difference.

"But we must not lose sight of the fact that there have been actual reductions in a number of serious offences like rape and home break-ins.

"As the State Member for Morayfield, I've always made it one of my top priorities to work closely with our local police and the community on crime prevention and I will continue to do that into the future."