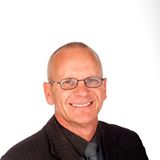 Councillor Gary Parsons has announced he wont be standing for re-election as the communitys representative in Division One at the local government elections in March, 2016.

It has been an absolute honour to assist and represent the residents of Division One over nearly 14 years as their independent councillor , Cr Parsons said.

After making a recovery from a recent battle with cancer, it gave me an opportunity to reflect on my time with my family, and with my family in mind, I announce my retirement as a councillor at the next election.

I am proud to have delivered during my time as councillor ongoing master planned coastal and foreshore improvements, upgrades to existing and new sport, recreation and community facilities, and many millions of dollars for better local roads and drainage.

Division One is made up of close knit communities who are passionate about lifestyle and I am proud to be among them and to have served them.

Cr Parsons nominated several projects he believed had made a difference in the community including the progressive delivery of master plans at Woorim, Bongaree, Banksia Beach, Bellara. Toorbul and Donnybrook, construction of the Bribie Island Seaside Museum, extensions to the Bribie Recreation Hall, the new netball centre currently being built on First Avenue, as well as road and drainage improvements in Toorbul, Donnybrook and Meldale.

The Division One Councillor was also instrumental in lobbying the State Government for the construction of the Pumicestone Road -Bruce Highway interchange.

Moreton Bay Regional Council Mayor Allan Sutherland thanked Cr Parsons for his support, dedication and service to the community as a councillor.

Gary Parsons also served on the former Caboolture Shire Council and as an inaugural Moreton Bay Region councillor he played a crucial role in helping to unite our region after amalgamation in 2008, Mayor Sutherland said.

His knowledge and commitment to the communities he serves is beyond reproach, and even during the biggest challenges Cr Parsons displayed all the determination you would expect from an record- breaking athlete who had indeed run more than 19,000 kilometres around Australia.

Cr Parsons successor will have big running shoes to fill, and hit the ground sprinting .

Cr Parsons said he and his wife Sharon would continue their involvement in the Bribie Island and District Community Appeal and their work alongside the Lions, Rotary and other organisations in serving the community.

My commitment to the communities I love and have lived in for more than three decades wont diminish after March 2016, Cr Parsons said.

I am looking forward to next year spending more time with my wife, children and grandchildren, but up until polling day it will be business as usual and I have a lot of fantastic local projects to continue working on with the local community