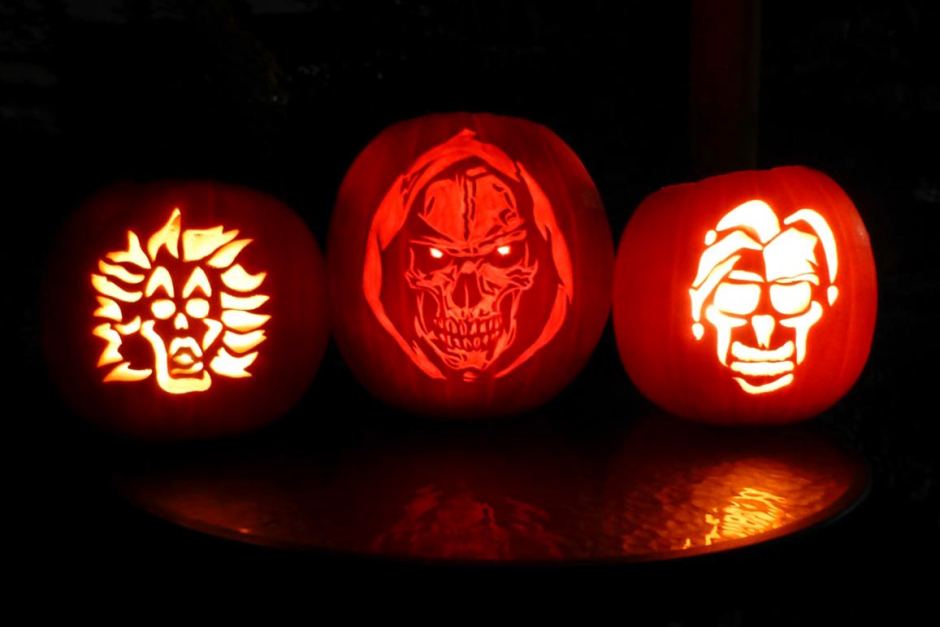 It is Halloween, the time of year when pumpkin sales go through the roof, children go trick or treating and when those celebrating dress up as witches, skeletons, ghosts and other mythical creatures.

If pumpkin sales are an accurate guide, Halloween is steadily growing in popularity in Australia ? a trend many believe is from the US.

Australia's biggest supplier of jack-o'-lantern pumpkins, Stackelroth Farms near Bowen in Queensland, says it is only 14 years since it planted the very first crop in Australia from seed sourced in the US.

Already this year, in the space of barely four weeks, the farm has sold 500 tonnes of jack-o'-lanterns in Australia (at an average of five kilograms each, that is about 100,000 pumpkins), to customers including the big supermarket chains Coles and Woolworths.

US holiday has Celtic pagan origins

Despite its huge popularity in the US, Halloween is widely believed to have its origins in a Celtic pagan festival known as Samhain (pronounced "sow-en") that dates back more than 2,000 years.

According to the website Irish Genealogy Toolkit, "Sam" translates as summer, and "hain" means end in the Irish language.

Even today Samhain is the Irish name for the 11th month, November.

Halloween is a thing in Australia

The celebration of Halloween, where children dress up in costumes and trick-or-treat for lollies, seems to polarise Australians in a way that few festivals can.

Samhain is historically seen as a mostly Irish festival, but it was also celebrated by Celts in Scotland and other parts of the British Isles and northern Europe.

Because pagan life revolved around the harvest, Samhain was the time of year when the earth was dying. Livestock was either brought in to shelter or slaughtered.

Hence the festival had an emphasis on death. Many Samhain rituals were based on superstition. Celts believed the souls of their ancestors would return to their homes and that malevolent spirits wandered the Earth.

They would light bonfires and burn effigies as a form of sacrifice. Gifts and food were offered to honour the dead or appease evil spirits and ensure a bountiful harvest the following year.

Many Halloween historians believe this custom is the origin of today's trick or treating.

Similarly, many Celts wore masks or costumes to disguise and protect themselves from the malevolent spirits or stop the dead from recognising those individuals they had disliked during life.

Celtic tales are full of mystical creatures like fairies, demons and pagan gods, often with evil or magical powers. Many historians believe they are the origin of Halloween's more sinister side.

The name Halloween has its roots in early Christianity.

Religious historians say the Roman Catholic Church, in an effort to convert pagans, deliberately chose the first day of Samhain, November 1, as All Saints Day to honour those saints who did not already have a day of their own.

The mass became known as "Allhallowmas" ? or the mass of those who are hallowed.

One Roman ritual was a festival celebrating Pomona ? a goddess of fruits such as apples.

Children are blindfolded and have to bite an apple suspended on a string or floating in a basin.

So why is Halloween synonymous with the pumpkin?

One English historian Ronald Hutton says "turnips or mangel wurzels, hollowed out to act as lanterns and often carved with grotesque faces", were used at Halloween, or Samhain, in Ireland and Scotland.

Others say the tradition comes from an ancient Irish myth about a man named Stingy Jack, who was condemned to walk for eternity between heaven and hell with only a hollowed-turnip lantern to light his way.

Either way, without doubt the traditions of Halloween spread to the US with the huge waves of Irish immigrants fleeing Ireland during the famine of the 1840s and 1850s.

Since then, America has adapted Halloween and its rituals as a proudly American tradition. Pumpkin pie is a distinctly American dish.

The Irish today also celebrate Halloween with bonfires, costumes and pumpkins. But the traditional Halloween dinner in Ireland is "colcannon" ? a dish of potatoes, cabbage and onions.

It possibly originated from an earlier tradition where the poor would go door to door to ask the rich for food or money ? another precursor to trick or treating.

Similarly, Barm Brack is a sweet bread eaten at Halloween, containing coins or a small object inside and used to tell fortunes.

Sometimes it is a ring, and whoever pulls the ring from their dinner is predicted to marry within a year.

The Halloween tradition is still relatively new in Australia. One vegetable seller in Sydney says he has sold jack-o'-lantern pumpkins for less than 20 years.

But pumpkin farmers say they have already made changes to adapt the Halloween tradition to the Australian climate.

Jack-o'-lantern pumpkins have grown as a pre-winter crop for generations in the US and northern hemisphere. But in Australia, Halloween falls at the end of winter.

Stackelroth Farms says it has spent years researching and developing a variety of jack-o'-lantern that grows and ripens at the opposite end of year.