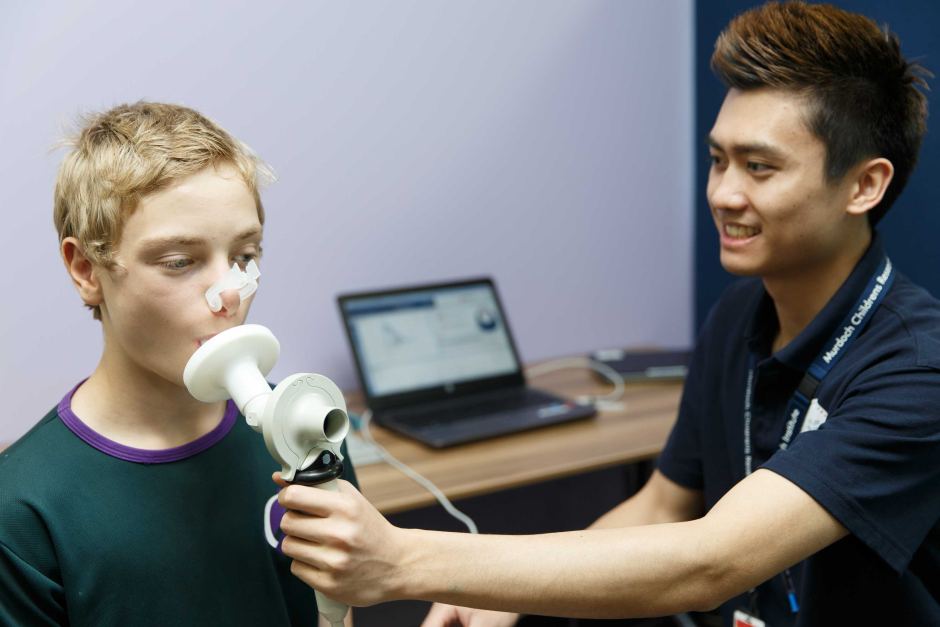 Growing Up In Australia: Thousands of kids get extensive health checks in milestone for landmark study

The landmark Growing Up In Australia study has hit a milestone with health checks being done for the first time on thousands of children.

In its 11th year, the longitudinal sociological and scientific study follows the development of 10,000 children, who were committed to the project at birth.

Every second year researchers visit homes to do basic checks, but for the first time a comprehensive one-off physical health assessment has been offered to the 4,000 11 to 12 year olds involved in the study.

This week the road show came to Brisbane, where 300 had their bodies analysed from head to toe.

There were blood and hearing tests, X-rays for bone density levels, lung function, vision, oral health, vision and for the first time, the parents have been asked to undergo health checks.

We are trying to understand how people tick and how children tick.
Head researcher Dr Jessica Boyce

Hair was also tested for cortisol level and nails for heavy metals.

All in all, there were 14 stations to get through.

"We are trying to understand how people tick and how children tick," head researcher Dr Jessica Boyce said.

"We are also really interested in things such as their early life and their genetics influence obesity and general fitness.

Growing up in Australia

"They love it, they are really excited.

"It is the first time they have actually come into a centre, usually we just go into their home and do questionnaires and things.

"So this time it is a bit more interactive and they are really enjoying it."

The next stop is Adelaide, and then Perth.

The children's next big assessment will be when they turn 13, the onset of puberty.

"We could already be there," dad Ross Bennett laughed.

"My favourite part is when they come around every two years and they bring a special computer and I get to do the questionnaire.

"I think one day it could be really important that they did take what they took and that's good, because if it's important it means that they have done well."

Samples from the road show will be processed and stored in dry ice and sent to Melbourne.

There they will be stored in a bio bank for analysis until the children are 18.

The study has been made famous by the ABC's Life documentary series, which has so far shown the development of the children up to nine years of age.

Of the 10,000 children partaking in the study, 11 families were selected for the TV series.