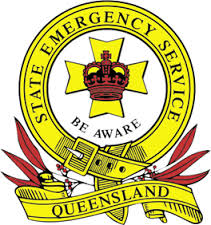 State Emergency Service (SES) volunteers will reap the benefits from an historic sponsorship deal that will see the states three electricity network corporations partner to support the Queensland SES.

SES volunteers joined representatives from Energex, Ergon and Powerlink to officially launch the $200,000 partnership at the Brisbane RNA showgrounds today.

The sponsorship deal, which is the first time that the three electricity network corporations have worked together to support a volunteer-based organisation, will fund new equipment for SES units throughout the state.

Queenslands 5,900 SES volunteers are everyday heroes who pride themselves on being there for the community when disaster strikes, Mr Wassing said.

On many occasions our volunteers work side by side with operational personnel from Energex, Ergon and Powerlink to assist vulnerable members of the community.

That frontline teamwork and collaboration between the agencies during operational responses has inspired this special funding.

With this sponsorship our SES volunteers will be able to purchase important equipment to further enhance their response to severe weather events in Queensland.

On behalf of the SES I would like to take this opportunity to thank Energex, Ergon and Powerlink for their support.

Energex CEO Terry Effeney said the sponsorship was an extension of the great working partnership that the energy corporations had with the SES during emergency events.

Energex is very proud to be a part of this historic sponsorship agreement, Mr Effeney said.

We often work closely with the SES in storms and other emergency events in the field so it will be very satisfying to help such a wonderful organisation like the SES in this very tangible way.

It will also be very satisfying to see the new equipment that the SES will be able to bring on line as a result of this partnership.

Ergons Chief Executive Ian McLeod said the company had a long and personal association with the SES through its employees over years.

Many of our staff, who live and work in regional Queensland, are also SES volunteers and play a vital role during disaster response or other situations requiring SES assistance, Mr McLeod said.

They are there for Ergon, our customers and for the SES and their communities in which they live.

Powerlink Queensland Chief Executive Merryn York said the sponsorship would further boost the ability of the SES and its thousands of volunteers to help Queenslanders.

Supplying new equipment for the SES will help give Queenslanders the support they need at the time they need it most.

Powerlink is proud to partner with Energex and Ergon Energy to deliver a sponsorship that will make a real difference to Queensland communities.