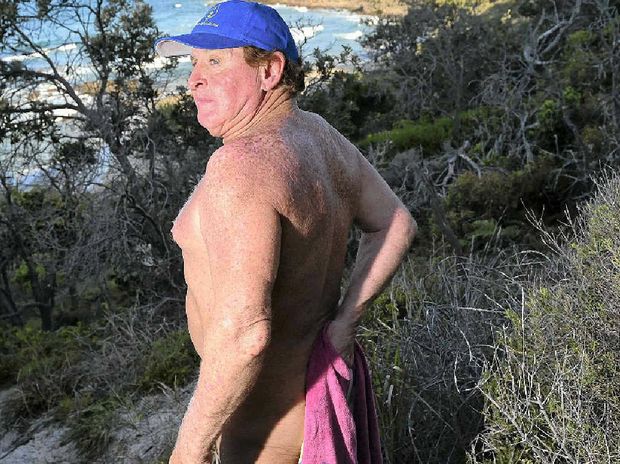 Debate flares in Bribie over beach for naturists

Debate erupted on the Sunshine Coast as to whether it should have a nudist beach and similar questions and views have arisen on Bribie Island.

Bribie Island Officer-in-charge Senior Sergeant David Crawford-Raby said while there were no legal nudist beaches on the island, police still patrolled the beaches to ensure no one was naked.

"We regularly roster patrols on main beach in relation to public order issues," he said.

"We do from time to time find generally men sunbathing nude or behaving in an indecent manner in public.

"We still do detect and prosecute people."

Snr Sgt Crawford-Raby said the number of nudists being found on Bribie had been decreasing.

"The problem isn't as significant as it was some years ago," he said.

"The number of complaints about that behaviour has diminished over the years and the particular offence isn't as prevalent."

Snr Sgt Crawford-Raby said the main purpose of the patrols was to make sure everyone felt comfortable on the beach.

"It's my view that everyone who attends our area does so without feeling uncomfortable," he said.

"Men walking around naked can be quite confronting and can offend some people."

Caboolture News Facebook followers seemed to be more open-minded about the possibility of a nudist beach on Bribie.

"There has been a nudist beach area on Bribie for as long as I can remember. I say let them go. The world has enough prudes we need more open-minded individuals who don't easily get offended," Cherie Nicole said.

"We were born nude so I don't see why there isn't more nudist beaches," Jenny Peace said.

"Considering there's a lot of retired elderly people at Bribieyeah why not? Just make sure it's properly signed, it could be disturbing to accidentally stumble upon," Brendan Proctor said.

"Given Bribie has the second most population of people over 58 it would be the oldest nudist beach in OzWouldn't that be a sight!" Cameron Dawson said.

"A small secluded area where they can arrive and leave dressed, yes sure, children whose parents are not as open as some don't need to be subjected to that," Mandi Smith said.