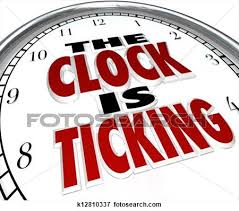 The Palaszczuk Government is urging the states swimming pool owners to ensure their pool fences comply with state laws by 1 December?to ensure their summer fun doesnt end in tragedy.

Minister for Housing and Public Works Leeanne Enoch today launched a public awareness campaign to make sure all pool fences measure up to safety laws.

The campaign will include print, radio and television advertising along with social media to make sure pool owners know their responsibilities in the countdown to the end of a five-year grace period.

The previous Labor Government introduced these laws in 2010 to keep our children safe and while pool owners have had five years to comply we know that thousands of pools may still not measure up, Ms Enoch said.

Fencing is a crucial first line of defence when it comes to protecting young children from drowning.

Local councils will begin policing pool fences from 1 December, and owners who do not comply could face on-the-spot fines starting at around $800.

Minister Enoch said about 340,000 pools had been registered in Queensland, but it was estimated thousands more had not, and many of those may not comply.

More than 111,000 pool safety certificates have been issued since the registration system started in 2010, Ms Enoch said.

Of course, while pool owners need to make sure their pools comply by 30 November, they only have to obtain a safety certificate if they are selling or leasing the property.

The campaign has included the development of materials including checklists so pool owners can to assess their own pool.

If they are still unsure, they can seek advice from the Queensland Building and Construction Commission (QBCC), their local council or they can call in a licensed inspector.

Ms Enoch said that in 2013/14 the Queensland Family and Child Commission reported two cases of children under the age of five who drowned in pools.

In the same year there were 94 ambulance callouts and near drownings for children aged one to five?thats 94 cases where there is a high risk of permanent physical damage from a drowning experience, she said.

Supervising young children, teaching them to swim and having effective pool fencing can save lives?and it is just too important not to act.

For more information about the pool safety laws visit QBCC Poll Safety or phone the QBCC on 139 333.